Nothing is more fun than taking a vacation week at the beach. But I can’t believe how tired I still am from a vacation that ended a week ago. It must have been all that effort from trying to fly a kite on an evening with very little wind. Or the fact that everyone in the house ended up with a summer cold by the end of the week.

It was all worth it, of course. But you knew that.

I love listening to the words and phrases our children use. Right now when Daniel gets frustrated, he says, “Dang it,” or “For Pete’s sake alive!” It makes me wonder whether I say things like that, and—if not—where he picked them up.

Speaking of listening to your children, I love this piece from This American Life called “Rosie’s Paradox.” 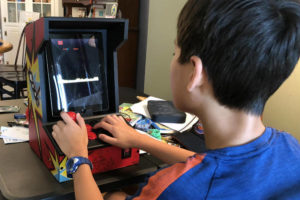 The other day a friend posted a photo of her iCade on Facebook and said she was looking to pass it on to a new home. She had posted the picture hours earlier, and I assumed someone would have claimed it by the time I saw it, but no one had.

So thanks to her, we are now the proud owners of an iCade, which our 10-year-old was able to connect via Bluetooth. Now we have a mini arcade in our house.

Life is just so, so good. 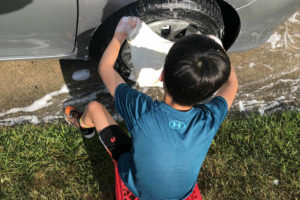 Do your children do chores around the house? My husband is much better than I am at assigning our sons tasks. They help him in the yard and often make their beds, and I like to have them help with the cooking sometimes—mostly for fun.

I like the idea of children helping around the house, but chores are not something I’m passionate about.

The other day, though, they helped wash one of our cars. I’m not sure that counts as a chore because everyone (except me) was excited to help. I was just excited to take pictures of the car washers. Come to think of it, that’s probably not considered a chore either. 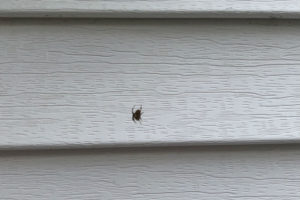 Skip this take if you haven’t read Charlotte’s Web. We thought our younger son had finished the book with his second-grade class until one night at dinner when his big brother mentioned in passing that Charlotte dies in the story. It turns out that he was out sick when the class finished the book. Oops.

There’s no way out of that conversation. And now I don’t think he’ll ever finish the book.

One day last week, after a beautiful, sunny morning at the beach, we were walking home for lunch. One of the children was carrying a shovel on his shoulder until he decided it would be easier to drag along behind him.

The shovel scraped and groaned and grated on the sidewalk and my nerves as he walked a little bit ahead of me. 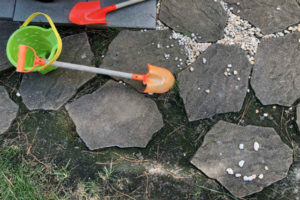 I turned to my niece Elise, who was walking next to me.

“That might just be the most annoying sound in the world,” I said.

“You mean fingernails on a chalkboard are worse?” I said.

“No,” said Elise, who is 11. “That’s not that bad. You know what’s a really bad sound? It’s when you’re coloring and the crayon is getting really small and you’ve peeled off all the paper and you get to the end. And you try to color with it, and it’s so small that it squeaks against the paper.”

I had no idea what she was talking about, but I could tell from her description that this was, in fact, far worse than the shovel—at least for her. We all have sounds that bother us. Mine right now is the way our dryer squeals. But the clothes come out dry, so I’m not complaining, at least not loudly.

I had to take one of the boys to a routine follow-up to see a specialist at Johns Hopkins Hospital yesterday, and everything was fine. But there were many families we saw or sat with in waiting areas who seemed to be on more difficult journeys—or even just journeys with some uncertainty. Would you join me in praying for those children and their families?

Read more quick takes at Kelly’s blog, This Ain’t the Lyceum, and I hope you enjoy a beautiful weekend. July is my favorite month of the year, and this has been such a wonderful July!