WASHINGTON (CNS) — If trends of the past 30 years continue for the next 50, Christianity will lose its majority status in the United States by 2070, according to a new demographic study by the Pew Research Center.

If those trends, first identified in 1990, accelerate over the next half-century, Christianity will have fewer adherents than Americans who are not affiliated with any church, according to the study, “Modeling the Future of Religion in America,” released Sept. 13.

Even with the demographic modeling used by Pew, the numbers vary widely. Christians, put by Pew currently at 64 percent of the U.S. population, could slide to 54 percent — or plunge to 35 percent — by 2070.

By the same token, the religiously unaffiliated — called “nones” in some circles — currently at 29 percent, could rise to 34 percent of the population in the next half-century, or soar to 52 percent.

Pew used four different scenarios in making its projections. One was “no switching,” meaning that Americans would not switch from religious affiliation to disaffiliation, or vice versa. It counterpart was “steady switching,” in which 31 percent of Christians become unaffiliated, while 21 percent of the unaffiliated become Christian.

Only the no-switching model, which Pew called “counterfactual,” allowed Christianity to retain its U.S. majority. The steady-switching scenario gave Christians a 46 percent-41 percent plurality. Under the rising-disaffiliation models, Christianity was relegated to minority status, with with less than 40 percent of all Americans.

Pew did four alternative scenarios, in which every mother transmitted their faith to each of her children; if religious groups had equal birthrates; if immigration stopped after 2030; and if older Christians stopped switching from belief to unaffiliated status. Christianity would lose its majority status but retain plurality status through 2070 under all four scenarios.

“It is possible that events outside the study’s model — such as war, economic depression, climate crisis, changing immigration patterns or religious innovations — could reverse current religious switching trends, leading to a revival of Christianity in the United States,” the report said.

Pew said that the U.S. experience could model what’s happened in Europe. “In Great Britain, for example, nones surpassed Christians to become the largest group in 2009, according to the British Social Attitudes Survey,” it noted. “In the Netherlands, disaffiliation accelerated in the 1970s, and 47 percent of adults now say they are Christian.” The study noted that most disaffiliation ends by the age of 30.

The report focused on sociological trends that played into its projections.

“In this study, transmission rates are calculated based on the share of children who inherit their mother’s religion — or their mother’s unaffiliated identity — because mothers tend to successfully transmit their religious identities more often than fathers do. Also, roughly a quarter of children under 18 live in single-parent households, which are overwhelmingly headed by mothers,” Pew said.

“The four main scenarios presented here vary primarily in their assumptions about the future of religious switching among Americans between the ages of 15 and 29 — which are the years when most religious change happens,” it added. “Only a modest amount of switching is modeled among older adults.”

Pew suggested at reasons behind the growing move over the past generation to disaffiliate from Christian denominations.

“In the U.S., an association of Christianity with conservative politics has driven many liberals away from the faith. Still other theories involve declining trust in religious institutions, clergy scandals, rising rates of religious intermarriage, smaller families, and so on. When asked, Americans give a wide range of reasons for leaving religion behind.”

Men bear some responsibility for the shrinking numbers of Christians, according to the report.

Immigration was once seen as adding more Christians to the U.S. population. “In the 1990s and early 2000s, the largest number of recent arrivals to the U.S. were from Mexico and other Christian-majority countries in Central and South America,” the report said.

The study issued a conjecture that Christianity could rebound if it falls into minority status if adherents focus on retaining Christian identity, although nones currently show little tendency to join a religion. “While this bottoming out and regrowth of Christianity is theoretically possible,” Pew said, “it would require a reversal of the current trends in switching.” 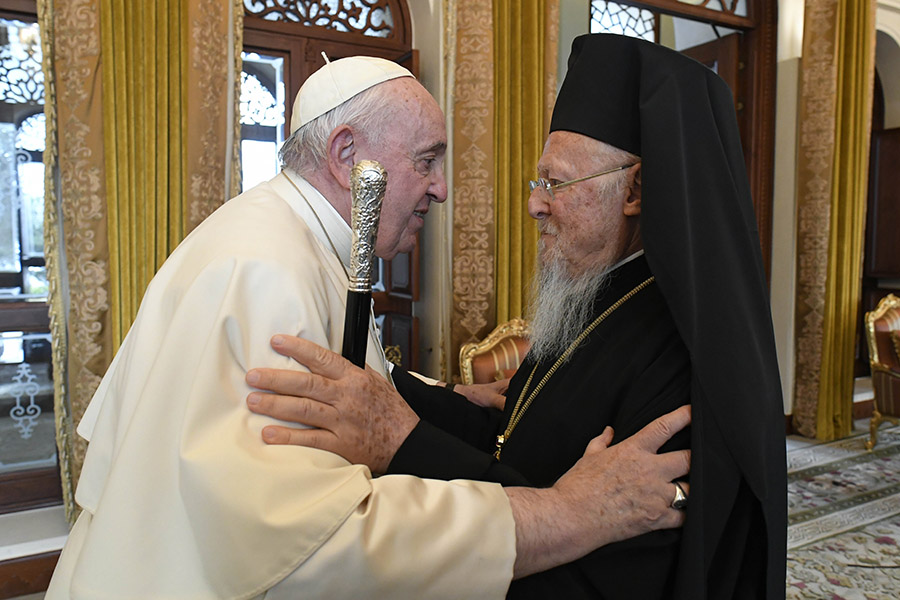 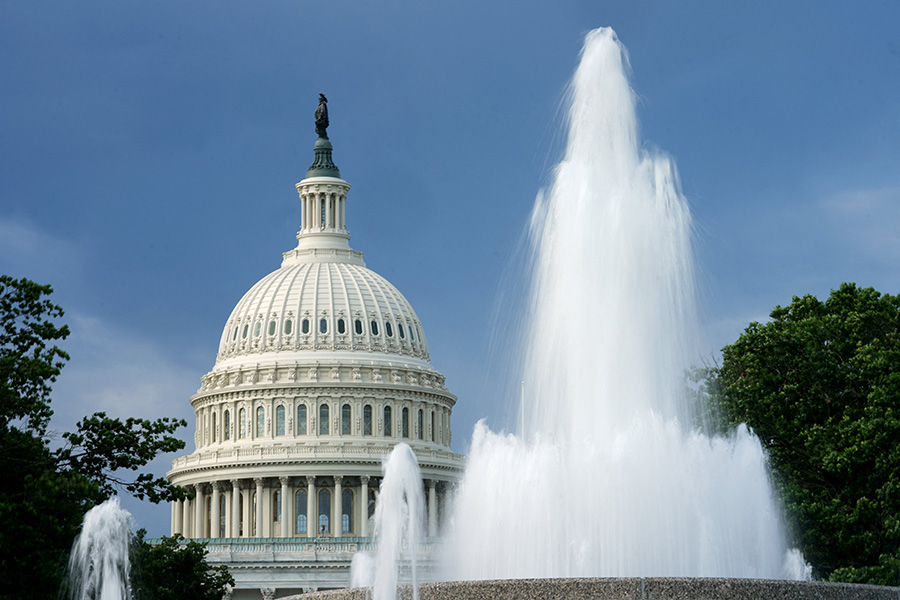 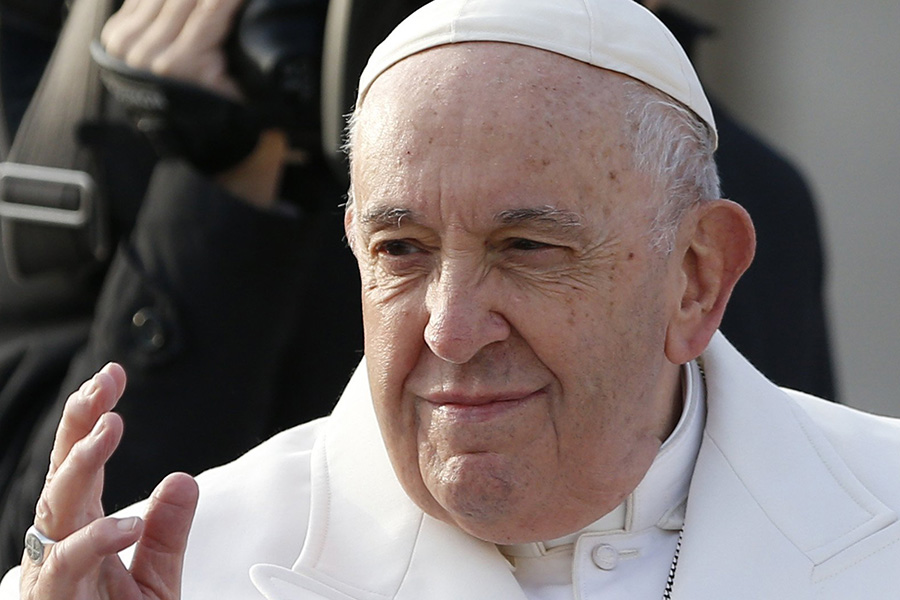 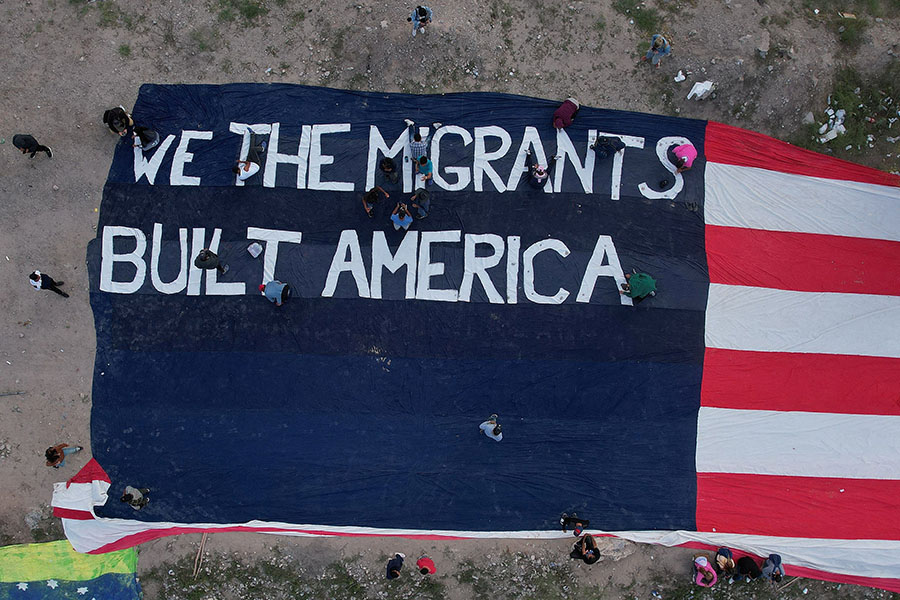 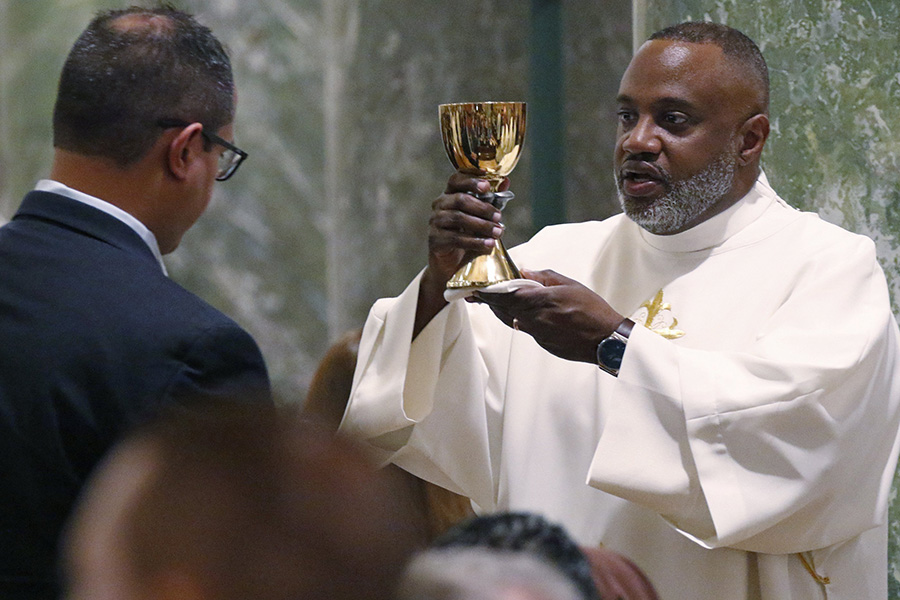