Commendably ambitious but marred by some highly problematic material, the limited-series supernatural drama — which is streaming on Netflix in seven one-hour episodes — ultimately collapses under the weight of an absurd conceit.

Flanagan wrote, directed and executive produced the show, the same roles the 1996 graduate of Archbishop Spalding High School in Severn played behind the scenes of the subscription service’s 2018 psychological horror offering “The Haunting of Hill House.” The new project also is something of a family affair: Flanagan’s wife and frequent collaborator, Kate Siegel, portrays one of program’s leads, schoolteacher Erin Greene.

Religious themes suffuse the series, as indicated by such chapter headings as “Genesis,” “Proverbs” and “Acts of the Apostles.”

Unbeknown to his new congregants, Father Paul has come to replace the parish’s long-serving and beloved shepherd, Msgr. John Pruitt, who has been on pilgrimage in the Holy Land. Father Paul’s cover story is that he is just filling in for the older priest.

Soon, strange, disconcerting events upset the isolated, tight-knit population. After a storm, for instance, numerous stray cats are found dead on a beach, the cause of their demise unknown. And a pet dog is fatally poisoned.

But not all the mysterious events are negative. Thus elderly, homebound Mildred Gunning (Alex Essoe) is gradually restored to her youthful self.

Father Paul facilitates the most startling of these peculiar happenings by commanding paralyzed local teen Leeza (Annarah Cymone), the daughter of Crockett Island’s mayor, to rise and walk. “God’s gifts are as tangible as the ground beneath our feet,” the clergyman observes in the wake of this apparent miracle.

While free of nudity or sexual content, “Midnight Mass” is challenging fare for other reasons. In addition to the inclusion of much bloodletting and a fair amount of strong language, the series takes an ambiguous approach in its treatment of faith.

Flanagan initially affirms the value and significance of Christian belief among his characters. Yet, as he reveals their extremism, they come across as simple-minded cultists rather than sincere Catholics.

This is exemplified in their bizarre, savagely misguided interpretation of the words of Jesus, recorded in the Gospel of John, by which he emphasized the necessity for his followers to “eat my flesh and drink my blood.” Since this teaching serves as part of the foundation for the greatest of sacraments, its sacrilegious misuse will disturb even thick-skinned adult viewers.

Logically flawed as well as lurid, “Midnight Mass” turns out to be a mess. 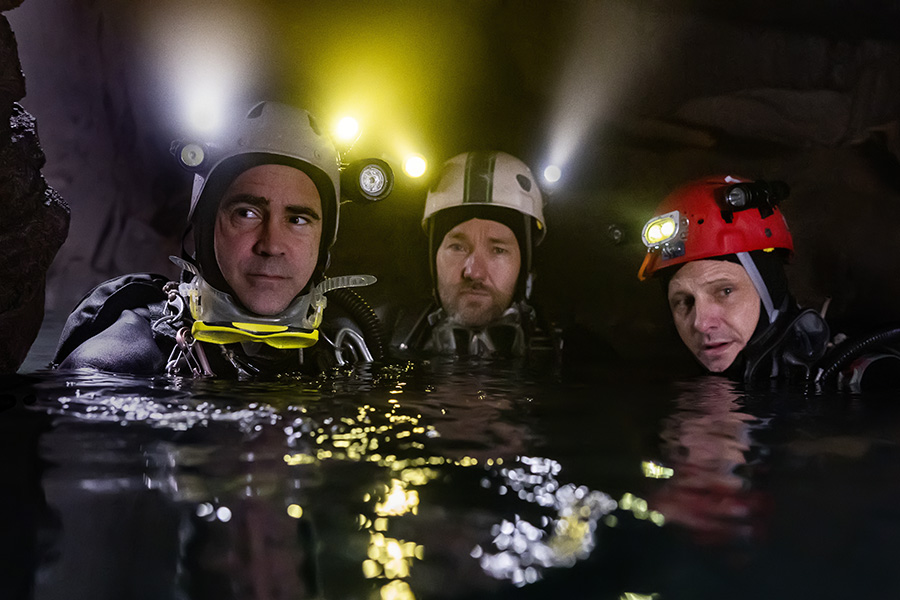