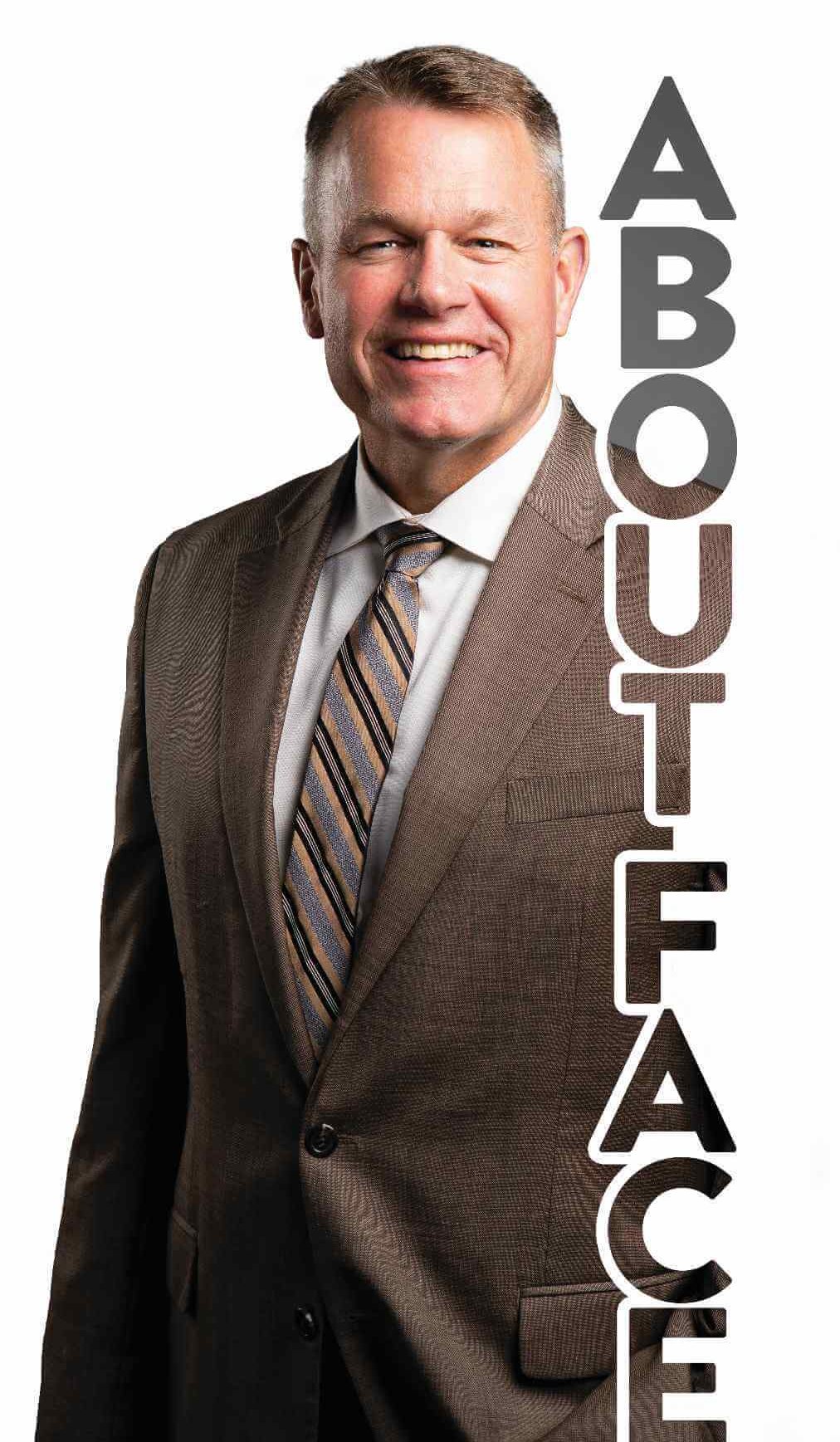 EMMITSBURG – Timothy E. Trainor came to Mount St. Mary’s University in  2016, when the college was reeling from the actions of his predecessor, who clashed with some professors and used graphic language to describe what to do with struggling freshmen. Incoming freshmen that year dipped to 417. A year later, the Mount welcomed 524 and the interim tag was removed from Trainor’s title, who in October 2017 was inaugurated as its 26th president.

A retired brigadier general in the U.S. Army, Trainor is a 1983 graduate of West Point. He has an MBA from Duke, and a doctorate in industrial engineering from N.C. State University. He served in Bosnia and Iraq; as a professor and department head of engineering programs at West Point; and was dean of its Academic Board. His peers there included his wife, Donna, who led the psychology program. Their three children are all Army officers.

The Review interviewed Trainor in February. The following has been edited for continuity and length.

Q. Where are your Catholic roots?

A. I grew up in a strong Catholic family, in Suffern, N.Y. I was an altar boy at Sacred Heart Parish, and went to Don Bosco Prep in Ramsey, N.J. I was very involved in the Catholic group at West Point, where I became a eucharistic minister. I tried to keep that going in different places. It was a cool way to stay connected to the church.

A. In 1988, I was in an airborne engineering unit at Fort Bragg, N.C. We went down to Honduras with a task force of 1,000 soldiers to do construction work in the hinterlands. Our chaplain was a Baptist minister, but we had a large concentration of Catholics, and it was arranged for me carry a ciborium of consecrated hosts, so I could do a Communion service on Sundays. We parachuted out of an old C-141 jet over San Lorenzo. The ciborium was on my right side, in a pants cargo pocket, and I remember going down, thinking, “You’d better favor your left side.”

Q. Had you known of Mount St. Mary’s before this job came open?

A. No. Four or five months before retiring (from the Army) I had applied for a few provost jobs, and thought that a Catholic school was a good place for me. I ran into Jim Nicholson (West Point ’61), a former ambassador to the Holy See and Secretary of Veterans Affairs, at a parade at West Point. He said, “I want you to meet my wife, Suzanne.” She was on the (Mount) board of trustees. A week later, I was at the Basilica in Baltimore interviewing with Archbishop (William E.) Lori, a few other members of the board of trustees, and the chairwoman, Mary Kane.

Q. You arrived as the college was coming off a public relations hit. How did you turn things around?

A. First, the people here turned things around. They’re really good people. What I found was a real crisis of confidence. People were bruised, questioning each other as to why the place was in turmoil. My job was to help restore confidence.

I drew on my early days in the Army, in (West) Germany. At the end of a hard three-year period of major construction, where we beat the heck out of our equipment, the (new) commander listened to questions about ground maintenance for a few months. Finally, he said, “Stop. I want to stop hearing about blaming things on the past, and hear about how we’re going forward.” At a certain point in my discussions here, I finally said, “We’ve got to stop (complaining). We’ve got to focus on the future. We’ve got to move forward.”

Q. How is Mount St. Mary’s similar to West Point?

A. Both have a mission to prepare students. Both have a strong core curriculum, and alumni who are involved in a substantial way. West Point started in 1802, the Mount six years later. Both had significance in the founding of our country. West Point was the beginning of a professional military, and the Mount is very connected to the beginnings of the Catholic Church in the U.S.

Q. How are the two different?

A. Private versus public institution, and all that goes into that. We (West Point) fought every year for it, just like state institutions, but government funding tends to be fairly stable. Here, our funding base is 80 percent tuition-driven. Every few weeks I’ve got to meet payroll. I’m the CEO of a substantial organization with a large number of employees who count on us to meet their needs, the needs of the surrounding community and most of all, the needs of our students.

Q. To that end, what steps have you taken?

A. Our last strategic plan had run out in 2015, and we didn’t have an active one. We worked that hard, and it was formally presented to the board of trustees in October 2017. Archbishop Lori was gracious of his time, he gave us really good input. The top goal is student retention. Our provost (Boyd Creasman) is the lead, and he’s done a great job getting folks to understand that requires an all-hands-on-deck approach. Student retention is not just about classroom performance, it’s an issue of quality of life, whether it’s a residence hall, food service, academic or financial (support).

The Center for Student Engagement and Success started before I got here, but it wasn’t really resourced. We hired two student success coaches to be part of that. We’ve invested in summer courses online, to help students catch up. We’ve got a new student activities building, and we’re in our third year of a residence hall renovation. We are set to break ground this summer on a major renovation and expansion of the academic center, which is 35 years old.

Q. How about on the organizational front?

A. One of the things I did was flatten out the administrative structure, and have more people report directly to me, as an example, the director of athletics (Lynne Phelan Robinson). That’s too important to leave to the vice president for advancement. We’ve gone from 16 Division I teams in 2016 to 22 today (plans to add some of those predated Trainor’s arrival), and we’re adding men’s and women’s water polo for the 23rd and 24th next year.

It’s a way to beef up enrollment. You have to go 50 miles to find another school with Division I athletics, so it’s a differentiator for us. Student-athletes, on average, tend to be stronger academically and retain better than our non-student athletes. In a sense, it’s easier to retain an athlete because they have an investment beyond the classroom.

Q. What benefits derive from having a seminary on campus?

A. It helps us maintain our connection with our roots. As part of their overall priestly formation, seminarians serve as chaplains to our athletic teams, and five of them work in campus ministry.