~1~What will this weekend bring? Well, as much fun as camping last weekend was, I can’t wait to spend a few relaxing, comfortable nights in my very own bed. What do you have planned? 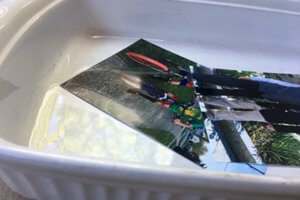 My mother always told me not to return an empty dish to someone who brought food to a gathering. I had to return an empty baking dish to her from Easter Sunday—it’s still the Easter season, right?—and I couldn’t seem to find the time to fill it with food. Besides, this is my mother, and she knew she would just be lucky to get the dish back before next Easter.

So I was going to take it back empty until I thought of putting two photos of our boys into it.

Of course, now I don’t have anything to give her for Mother’s Day, but let’s worry about that next weekend.

Our boys are on a dominoes kick. I don’t remember ever caring about dominoes as a child, but I watch as they set up these elaborate lines of dominoes and then knock them down. 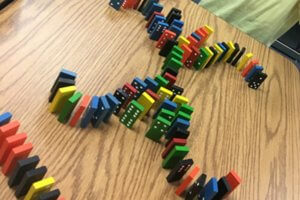 I love the simplicity, especially when children today have access to so much technology. Apparently the earliest version of dominoes was invented in China. I joke with the boys that everything was invented in China, except maybe French fries. Of course the other day, after we had been camping, they asked who invented toilet paper, and the answer was a man in the United States.

Did you watch the video of Jimmy Kimmel speaking about his son who was born with a heart condition that required emergency surgery? My favorite response to what he said was this post, “Hey, Jimmy Kimmel…Do You Have Any Idea How Right You Are?”

“The thing is… I have this house full of broken-hearted babes, the bravest and most beautiful souls, because of this very thing, of exactly what Kimmel said:

‘No parent should ever have to decide if they can afford to save their child’s life.’

The devastating reality here—is that so many do.

For so many families across this globe—they have to choose.”

It’s true. It’s a significant reason so many children wait for families in orphanages in China. And it’s absolutely heartbreaking. 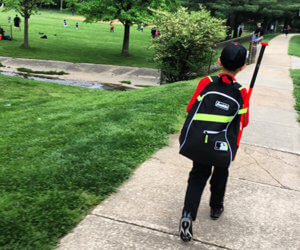 The other night I took Daniel to baseball practice. A friendly dad started talking to me about how much Daniel had improved since last season. We talked on and on, but all I could think was that I had no memory of him at all. All this time, I have thought I had such a good memory for faces, but this man didn’t even look familiar.

He was so nice, talking about Daniel’s skills and analyzing his progress. And all I could come up with was, “The boys on the team seem to get along really well.”

Later I realized he was the one pitching to the boys. Now I’m afraid he’s the coach. What if he was the coach last year, too?

Let’s pretend he looked really familiar and I just couldn’t remember his name. 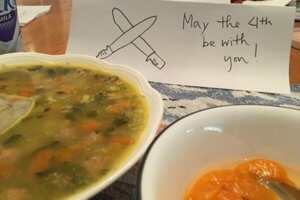 I told the boys we were having Light Saber Soup, but no one believed me. They ate it, though. They always do. They just love soup for breakfast.

Speaking of fun random days, May 6 is Free Comic Book Day! Our library is celebrating and so is the only comic book store I can think of right now.

Did you know Pope Francis has a new First Communion book? I just ordered one for our nephew who will receive his First Communion next weekend (and probably doesn’t read my blog). You can read more about it on my friend Robyn’s blog.