WASHINGTON (CNS) — With the U.S. bishops conducting their annual fall general meeting virtually, the papal nuncio to the United States told them they must join in the “Challenge of Healing the World.”

“Here we are gathered, as brothers, but in a specific cultural and social context, which the Holy Father describes as a ‘closed world’ over which loom ‘dark clouds,’ which impede genuine fraternity,” said Archbishop Christophe Pierre, the nuncio, in a prerecorded address delivered Nov. 16 on the first day of the U.S. bishops’ annual fall general meeting, held online this year due to the coronavirus pandemic.

“One of the largest clouds is the ‘throwaway culture,’ which leads to disregard for human life — in the forms of abortion and euthanasia, human trafficking and new forms of slavery — environmental abuse and progressive marginalization of groups,” Archbishop Pierre said.

“Another is the fragmentation and polarization of society, marked by vicious attacks and attempts to spread despair and discouragement to create a situation of permanent confrontation rather than healing,” he added.

A third such cloud, according to the archbishop, is “the rapid growth of secularization, in which people live as if God did not exist, creating a greater obstacle in transmitting the faith within the family and from one generation to the next and leaving deep wounds in the church and society.”

“Oh, and, I forgot,” Archbishop Pierre said — not really forgetting — “there is also a global pandemic.”

“Jesus is with us in the storm. He brings peace and calm, but having encountered Jesus, things cannot simply return to normal or the way they were,” he said. But “as church leaders, when things ‘return to normal,’ we cannot accept inequality as ‘normal.'”

Archbishop Pierre, who celebrated his 50th anniversary as a priest and his 25th anniversary as a bishop this year, highlighted three insights from Pope Francis’ new encyclical, “Fratelli Tutti, on Fraternity and Social Friendship” to guide the bishops in their approach.

The church suffers from the same problems, the same maladies as the rest of society — polarization, secularization, indifference, worldliness and the like.

These problems not only affect us, but they divide us,” he said. “Our mission is to heal the world, and these documents are open to hope. I encourage you during your meeting to look at ways that you can feed your hope and that of your flock.”

He added, “In a world of suffering, we are called to become neighbors to others. As bishops, we have a special responsibility to lead by example, demonstrating what it means to be a neighbor.”

The second element was “strengthening social friendship: love as the measure of spiritual stature.”

Defining “social friendship” as ” a friendship that transcends borders,” Archbishop Pierre reminded the bishops, “The Lord Jesus calls us to go outside of ourselves just as the Samaritan did.”

“At the core of Christian faith, witnessed in the lives of many saints, including that of Mother Teresa, is our response of love toward the least of our brothers and sisters. This will be the criterion of judgment at the end of time,” he said.

The third rubric was “dialogue: proposing the truth in love.”

“When we speak of dialogue, what are we really talking about? It cannot be like those on the news who shout past each other, demonstrating that they are more interested in power and their own ideas than the common good,” said Archbishop Pierre, referencing a passage from “Fratelli Tutti.”

“Authentic dialogue allows the church to offer her contribution and to give living witness to Christ and the Gospel,” he said.

“We are journeying together through very difficult times, enduring the coronavirus and a contentious electoral campaign,” Archbishop Pierre said. “If we take a step back, we observe that society is in crisis. It is not merely that people are polarized or that the culture no longer supports the faith; there is a genuine crisis of authority.

“No one seems to be offering real values or solutions to bring about healing. These factors have created the crisis in both society and the church.”

He used Blessed Michael McGivney, founder of the Knights of Columbus, as an example to be followed.

“His authoritative witness shows forth the face of a Samaritan church, unwilling to pass by someone in need but willing to see where compassion is needed, and to act,” the archbishop said.

“There is a 5-year-old boy, who, through Father McGivney’s intercession, was cured of fetal hydrops, and who can now look forward in hope to the life that lies ahead,” Archbishop Pierre said. “May Blessed Michael McGivney intercede for you in offering to your flocks a witness to hope.” 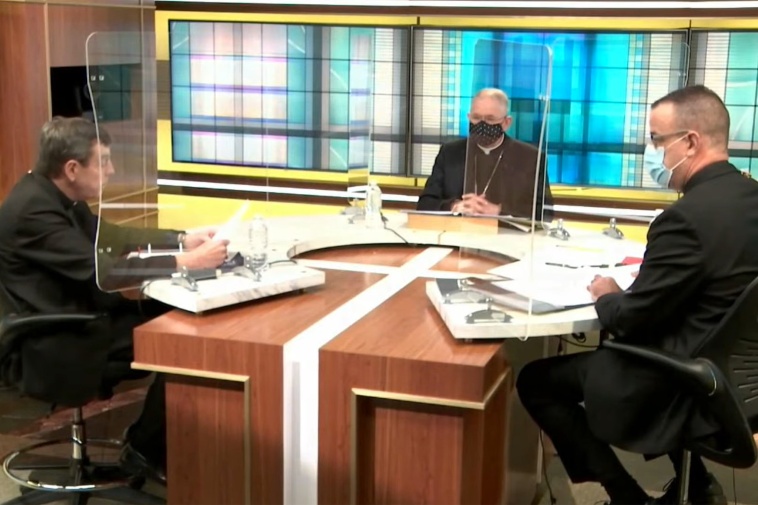 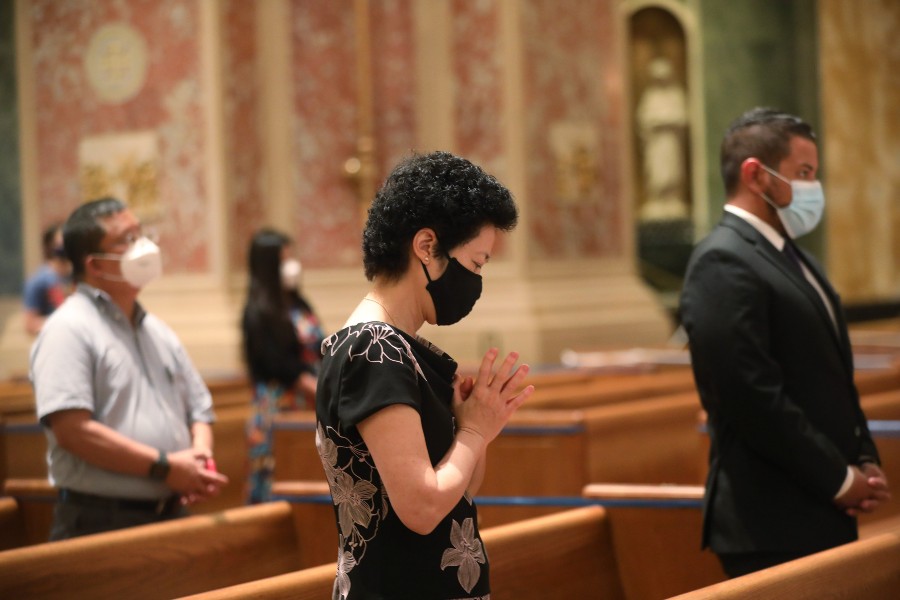 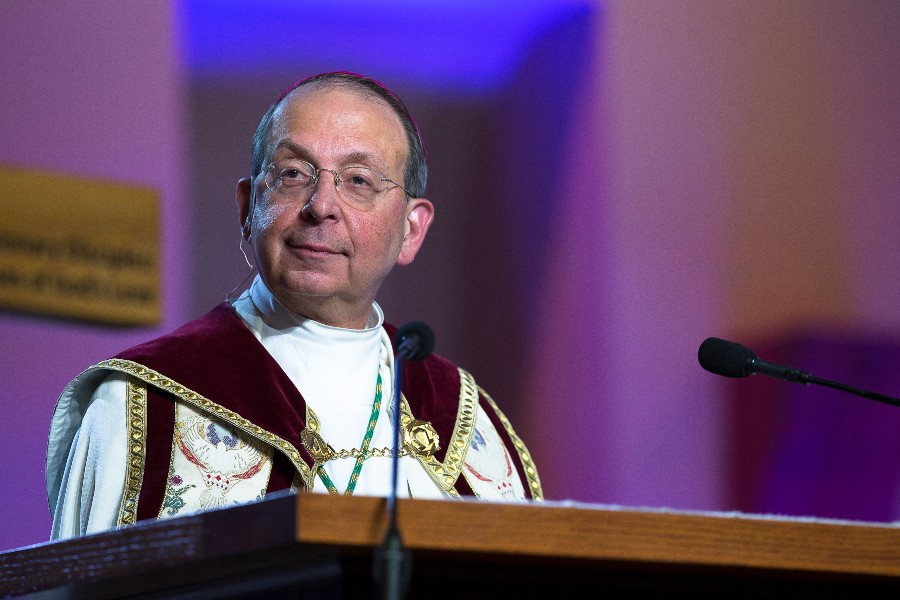 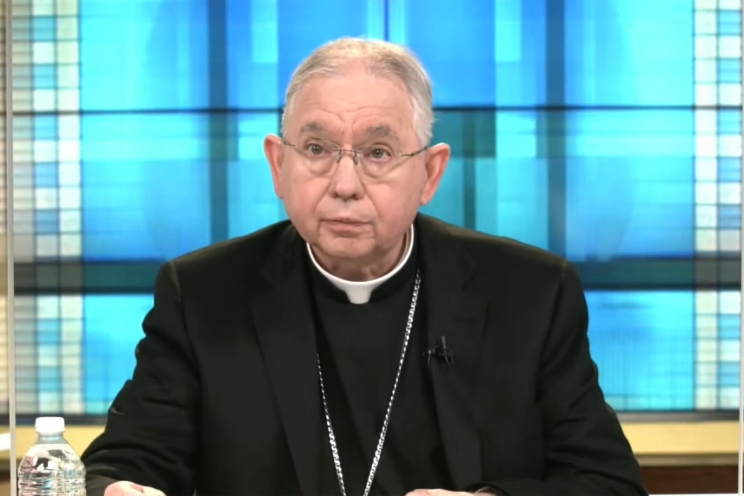 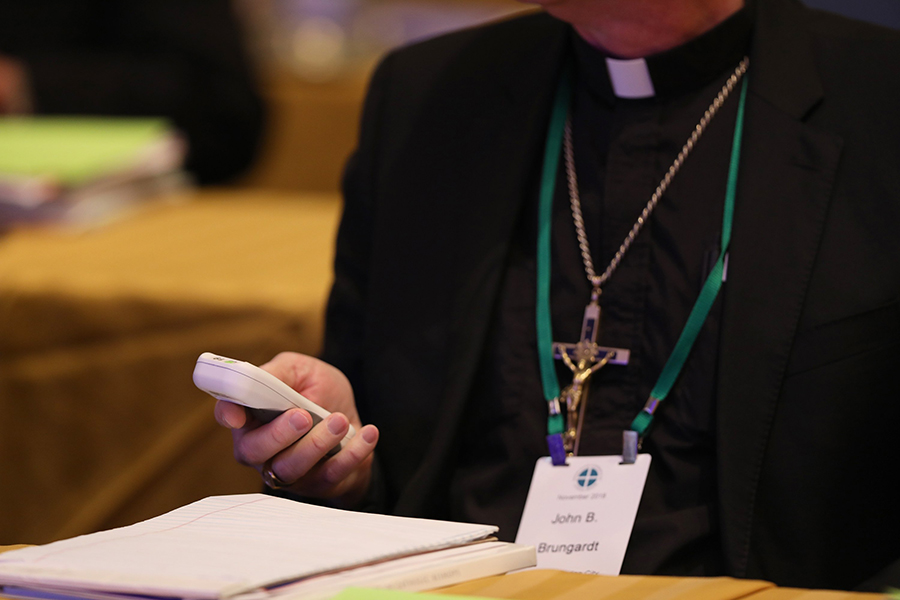