When Baltimorean Lydia Dibos was offered the chance to spend a year in Honduras after graduate school, she jumped on it.

“I always wanted to work overseas with an organization that helped the poor,” said the St. Ignatius parishioner, now 52.

That internship with Baltimore-based Catholic Relief Services was only the beginning. Now, 25 years later, she’s still working for CRS, the overseas aid agency of the U.S. Catholic bishops, keeping her focus on the needy people of Central America.

For her efforts, Dibos was honored at the virtual 42nd annual Social Ministry Convocation Feb. 27, with the International Peace and Justice Award. The event is sponsored by the Archdiocese of Baltimore.

Earlier in her career, Dibos worked in Honduras and Guatemala, both from the Baltimore offices of CRS and from 1999 to 2005 in Guatemala as head of CRS programming. CRS has given her opportunities to help survivors of catastrophic Hurricane Mitch, which killed approximately 11,000 people in Central America in 1998.

Her focus has changed since she returned to Baltimore, where she now works on outreach to U.S. Hispanic Catholics in an effort to engage them as participants, donors and supporters of the work of CRS.

“In the past 15 years, we’ve seen how the Hispanic community has developed a stronger and more participatory presence,” Dibos said, noting that Hispanic Catholics comprise 43 percent of the American Catholic population.

Dibos, who grew up in Towson and attended Bryn Mawr School, holds degrees in international relations from The Johns Hopkins University and in Latin American Affairs from Georgetown University.

As senior advisor for Hispanic outreach, Dibos took on the development of a Spanish-language CRS website, CRSespanol.org in 2008. More important, she said, have been efforts to increase the awareness, support and engagement of U.S. Hispanic Catholics in the work of CRS.

Her work includes advocacy for issues such as immigration reform and a path to citizenship. Dibos works with national Hispanic partners to advocate on that issue and others.

“We need to understand the reasons people are leaving their countries behind to take the perilous journey north,” she said.

The current caravans of undocumented immigrants, she explained, have been prompted by a pair of destructive hurricanes in 2020, Eta and Iota, which have compounded problems in Guatemala, El Salvador and Honduras. The region was already suffering from drought, as well as diminished economic opportunity, food instability, corruption, unreliable government and gang violence.

“They don’t have any economic opportunity in their countries,” Dibos said.

Even though the pandemic has closed CRS offices, work is still getting done, though Dibos said she misses the face-to-face interaction with her partners and supporters, and events such as Senate briefings, which are no longer held in person.

With access to technology and an organization that cares about its staff’s health, she remains aware of the privileges that make it possible to work remotely from home.

“People we work with around the world don’t have these advantages,” she said, noting CRS’ advocacy for a global vaccine program. “This is not going to go away once we in the U.S. get the vaccine.”

CRS serves in 114 countries, serving some 159 million people every year, she said. “It’s very fulfilling to me that we’re helping that many people.”

The archdiocesan Social Ministry Convocation moved online this year due to concerns related to the COVID-19 pandemic. Its theme was Persistence in the March Toward Justice. Ashley Morris, associate director for the Intercultural Office of the Archdiocese of Atlanta, offered the keynote address, after which participants attended workshops and a Virtual Social Ministry Fair. The day ended with prayer and the awards ceremony.

Betty Cunningham, an attorney and advocate for peace and justice, received the Doris Johnson Award, and Godfrey Molen, a parishioner of St. Matthew in Northwood, received the John Hook Award. 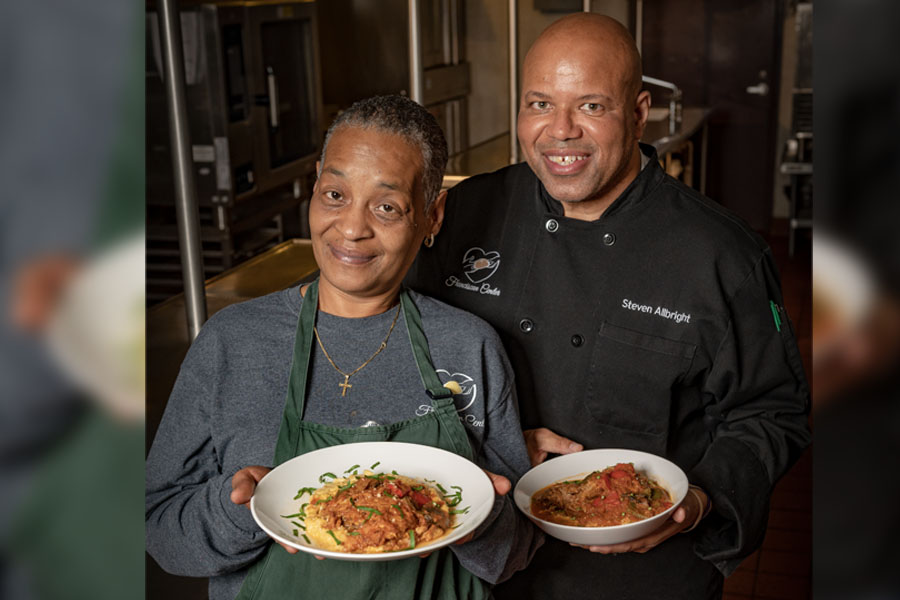 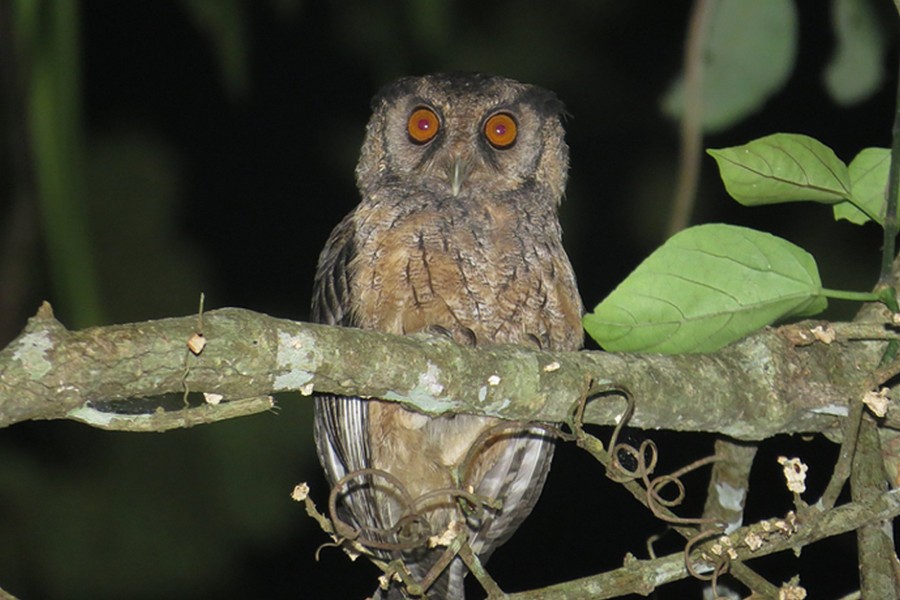 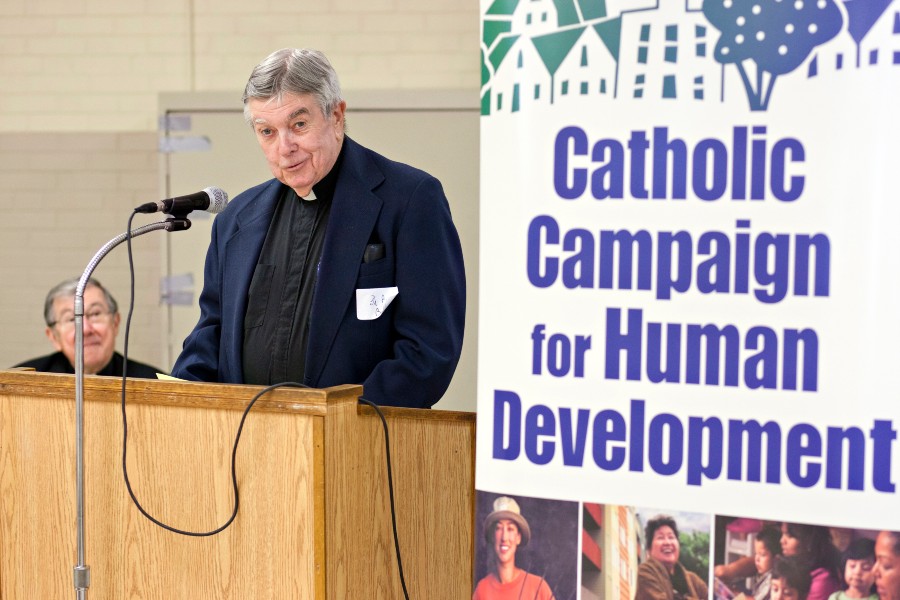 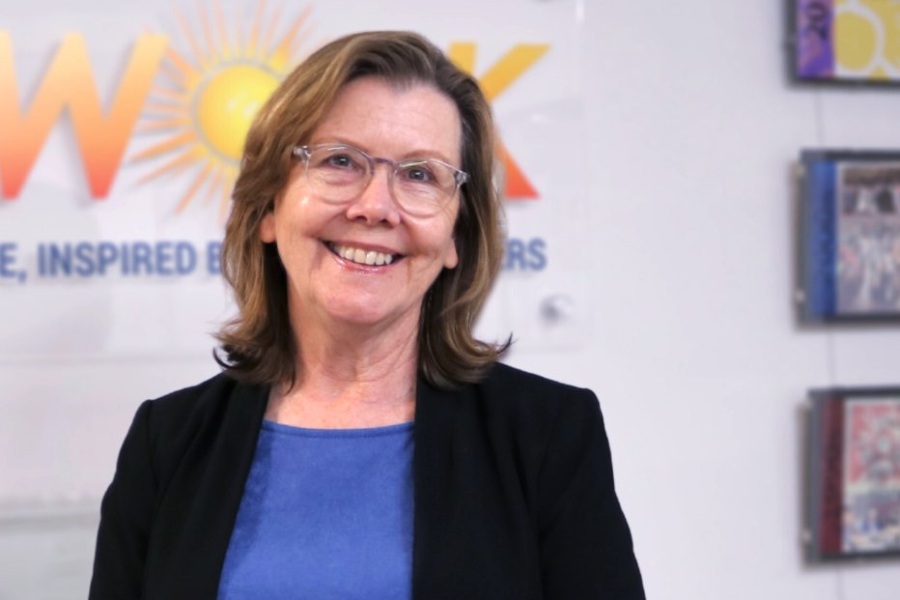 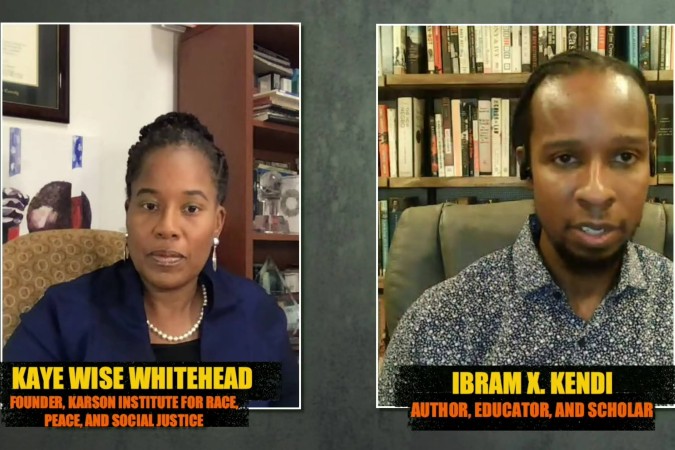