I could write quick takes or take care of the pile of dirty dishes in the sink. I think we both know which one I picked. 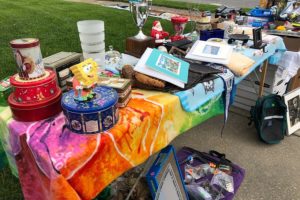 Last weekend was our neighborhood yard sale. I was never a yard sale seller (or shopper) growing up, but my husband loves selling things. We count down to that day. For weeks—and maybe months—John and our boys add to the pile of things we are planning to sell. Every now and then I find something I’m willing to part with myself, but that’s rare.

This year the sale fell on a Saturday when I was working, so my family handled the selling. As I was leaving early in the morning, one of our sons said, “But who will take us shopping at the other yard sales?” That’s usually my role. But my husband did take them around to a few other houses to shop this year, and we somehow emerged from the day with less rather than more. 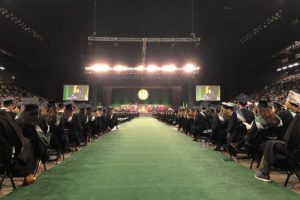 I work for a university, and one of the most hectic but also most invigorating times of the year for me is commencement season. It might be surprising, but I don’t often go to the events leading up to the actual commencement ceremony because I am so busy working behind the scenes on scripts and such.

This year, though, I was determined to make it to Baccalaureate Mass. I’ve worked at Loyola for 10 years and never been as an employee. (I did go in 2005 the year my little sister graduated.) The day before Baccalaureate I decided I couldn’t possibly get there and get everything complete, but in the end I was able to go.

The homilist was my colleague and friend, Rev. Steve Spahn, S.J., who talked about how God’s word speaks to us and we each hear it in the way we need to hear it. He spoke of how God promises to be available to us and has a project for us to discover the plan He has for each of us. 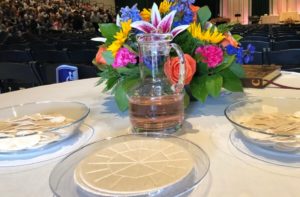 “Whether you have a clear idea of where your life is headed or you don’t at all, know this, it will turn out differently,” Fr. Spahn said. He spoke of how St. Ignatius came to learn that God’s plan for him was rooted in his hopes and dreams, in his most authentic self.

Then Fr. Spahn asked each of us, “What is the salt with which you season the world? What is the light that you bear in the darkness?”

He encouraged the graduating students to be themselves and know that we are each “uniquely made, entrusted with a promise, and given a holy project of being authentic in a world of inauthenticity.”

Commencement itself is like a wedding day with so many people to see, so many things to do, so much to take in, and yet it’s over in an instant. Our speaker was Rev. William Watters, S.J., and meeting him was such an honor. He has opened Jesuit schools—including Cristo Rey Jesuit High School—in the city of Baltimore, and he never sees his work as complete. I found him gracious and caring and inspiring.

Every year I remember the speaker at my own commencement. I’m sure he gave a good speech, but all I remember was that we changed the time of our commencement to work for his schedule and he got our president’s name wrong. 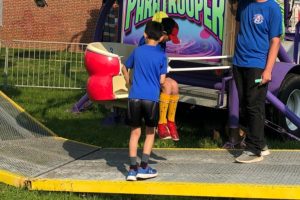 I hardly ever run into any of my old classmates there, but there’s still something nostalgic about going back. As we were leaving to go, I mentioned to my next-door neighbor that we were going, and I discovered—after five years of living here—that she also lived two blocks away from me in Rodgers Forge as a child and used to go to the Piusville Fair. In fact, we know people in common.

Of course we do! This is Baltimore. 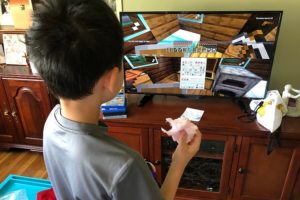 The next morning I slept in a little, and when I got up I found our boys were playing video games. I half-remembered someone asking me about video games while I was half-asleep and murmuring, “OK.” Our younger son was eating cotton candy by the handful.

I’m not winning any parenting awards this week, but the children seem to be thriving.

Is it summer vacation yet? 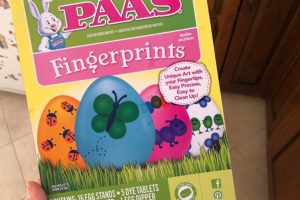 When we were at the grocery store the other day, they were giving away boxes of Easter egg dye. I happily took one. My husband couldn’t understand why I would want to store Easter egg dye for a year—which is a legitimate point. But I just figured, why wouldn’t we take free Easter egg dye?

Afterward, I was thinking that there are probably two kinds of people in the world—the kind who think getting a free box of Easter egg dye in May is a victory and the kind who see it as a burden to have to store that box for another 12 months.

I think there’s a reason my husband is the one who runs the yard sales, while I collect free boxes of egg dye.

Of course, Catholics know it’s still the Easter season, so we could dye eggs this weekend. Happy Easter!

Read more quick takes at Kelly’s blog, This Ain’t the Lyceum, and have a wonderful Memorial Day weekend!