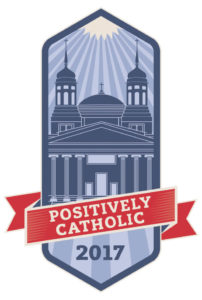 When her fellow Franciscan sisters needed to find a new doctor, Sister Barbara Barry was quick with a recommendation.

She was always singing the praises of her doctor, George Hennawi, who is also the founder and medical director of the Center for Successful Aging at MedStar Good Samaritan Hospital in Baltimore.

“I strongly suggested they go to him,” said Sister Barbara, 83. “His reputation is well founded.”

Now four sisters who live in the Franciscan Sisters’ convent in northeast Baltimore also count on Hennawi for their medical care. The group includes Sister Angela Perrizo, 90, who taught every grade but fourth.

“I love him, I do,” said Sister Angela, who praised both Hennawi and his staff. “It’s a happy place, a joyful place. The first thing he said to me was, ‘What can I do for you?’ – which is a beautiful way to begin a relationship.”

“He’s gentle, very caring,” said Sister Beth Anne Herrmann, 89, who came to Baltimore from an assignment in an Oklahoma hospital.

“The whole staff is good,” said Sister Barbara, a comment which led to praise for Pam Mahoney, the center’s nurse practitioner.

Hennawi’s vision for the Center for Successful Aging was, he said, “a new idea for a place where older folks can be taken care of differently.” That included offering holistic care, which focuses on an improved quality of life rather than responding to disease.

“The traditional approach is not adequate for senior care,” he said.

As an example, he didn’t want seniors and their caregivers to have to drive around for lab work, physical therapy and specialists’ appointments.

“We create a team around the person,” he said.

Depending on their needs, patients can see a social worker or physical therapist, or have blood work done, all in the Morgan Russell Building on MedStar Good Samaritan’s campus in northeast Baltimore. Services there include endocrinology, neurology, pain management, uro-gynecology and psychology.

When Sister Jodene Wydeven, 81, needed a specialist, she only had to go down the hall.

“It’s all right there,” she said. “And if it isn’t, it’s at Good Samaritan, which is right next door.”

Most importantly, Hennawi said, is that he wants to care for patients such as the four sisters the way they want to be cared for.

“I’m letting them guide me with what’s important to them,” he said.

“Faith plays a big role in how medicine plays a role in (patients’) lives,” said Hennawi, an Antiochian Orthodox Christian from Syria who was educated in Catholic schools in Damascus.

Hennawi designed the center to be welcoming, with soft colors, big windows overlooking the city and photos of familiar Baltimore scenes.

“They feel safe at this place,” he said.

“You feel like you’re the only patient,” she said.