VATICAN CITY (CNS) — After celebrating the World Day of Migrants and Refugees, Catholic organizations and movements, Vatican officials and government representatives met at two conferences to explore very practical ways to assist migrants and refugees, integrate them into their new communities and combat negative stereotypes.

But participants were fully aware of the uphill battle they face in sharing the success stories of community-sponsorship programs and of educational initiatives.

The International Catholic Migration Commission and the Canadian Embassy to the Holy See teamed up for a workshop at the Vatican Sept. 26-27 looking at community sponsorship, and the Pontifical Gregorian University and the Refugee and Migrant Education Network sponsored a conference Sept. 26-28 on offering education and training for migrants and refugees.

The conferences opened the day after Italian voters handed a victory to a coalition of center-right parties and set the stage for Giorgia Meloni, leader of the far-right Brothers of Italy party to become prime minister. She has campaigned on a policy of tightening immigration policies and strengthening efforts to repel migrants and refugees trying to enter Italy by crossing the Mediterranean from Libya and other North African nations.

The gatherings at the Vatican and at the Gregorian University also took place less than two weeks after Florida Gov. Ron DeSantis flew asylum-seekers from Texas to Martha’s Vineyard, Massachusetts, with no advance warning to the local community that received them.

Cardinal Michael Czerny, prefect of the Dicastery for Promoting Integral Human Development, spoke at the conference at the Gregorian about “the scandal of hostility toward refugees and migrants” and how “it can arise everywhere, even in Catholic and academic communities around the world.”

“Is it simply ignorance about the conditions that lead to human displacement, or overlooking the contributions that newcomers make to host communities?” he asked, before urging universities to study and educate the public about “the root causes of contemporary forced migration” and the practical, spiritual and cultural benefits of welcoming migrants and refugees.

Andreas Hollstein, who served as mayor of Altena, Germany, from 1999 to 2020 and led community-sponsorship programs there, told the conference at the Vatican, “You need good examples — pictures of a better world — to fight the narrative of the ultra-rightists who are growing in so many countries.”

“Stories of success are happening every day in every city” that welcomes migrants and refugees, “but we don’t publicize this,” he said. As examples, he said that Altena has a former refugee now serving as a police officer and another who has become a famous songwriter.

Julieta Valls Noyes, assistant U.S. secretary of state for the Bureau of Population, Refugees and Migration, noted that long before international and national refugee conventions were adopted beginning in the 1950s, “we had churches and synagogues and mosques and meetings where congregants would live out their faith by opening their arms and their hearts to the vulnerable.”

To reach the Biden Administration’s cap of 125,000 refugees to be resettled over the course of the coming year, she said, community involvement and sponsorship will be important. Her office already was working on community-sponsorship pilot projects when the Afghan crisis began in August 2021 and again early this year when Russia’s war on Ukraine sent millions fleeing.

The U.S. welcome of Afghan and Ukrainian refugees, she said, demonstrated enormous generosity and “remarkable acts of engagement by everyday Americans from all walks of life,” both of which will be essential for resettling those in need of safety, protection and a new homeland.

William Canny, executive director of the U.S. bishops’ Migration and Refugee Services, agreed that welcoming that number of refugees will require support from parishes, synagogues and other community groups, but like representatives of other agencies offering assistance, he said the vetting process must be sped up and resources must be allocated to help with the housing and health care costs sponsors promise to cover.

All the speakers agreed that the community-sponsorship programs benefit both the refugees and the host communities, fast-tracking integration and energizing local communities.

Msgr. Robert J. Vitillo, secretary-general of the International Catholic Migration Commission, said that, in Europe, community sponsorship is working especially well in small towns that are dying because the young people are moving away. The newcomers bring new energy, but also reopen businesses like bakeries and grocery stores.

Scalabrinian Father Fabio Baggio, undersecretary of the Dicastery for Promoting Integral Human Development, said he had made several trips to Canada to study its well-developed community-sponsorship program through which families, towns, parishes, synagogues, mosques or other groups financially, emotionally and practically support for one year refugee families vetted by the government.

The communities that sponsor the refugees “are refreshed by exercising that cooperation and unity,” he said.

Jennifer Bond, chair of the Global Refugee Sponsorship Initiative, a project of the Canadian government and the U.N. Refugee Agency, told the conference that community-sponsorship projects are “an opportunity to heal our communities at a time of great division” and the “politicization” of migration.

The only way to expand the positive impact on the communities and the refugees, she said, is to tell their stories.

“Be bold. Be big. Be ambitious,” Bond told governments and faith-based organizations hoping to expand the programs. 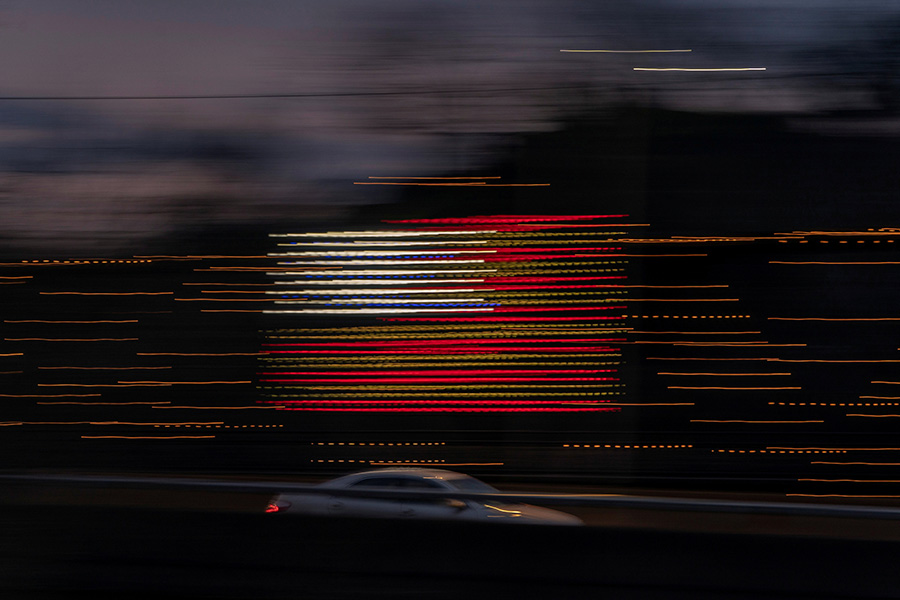 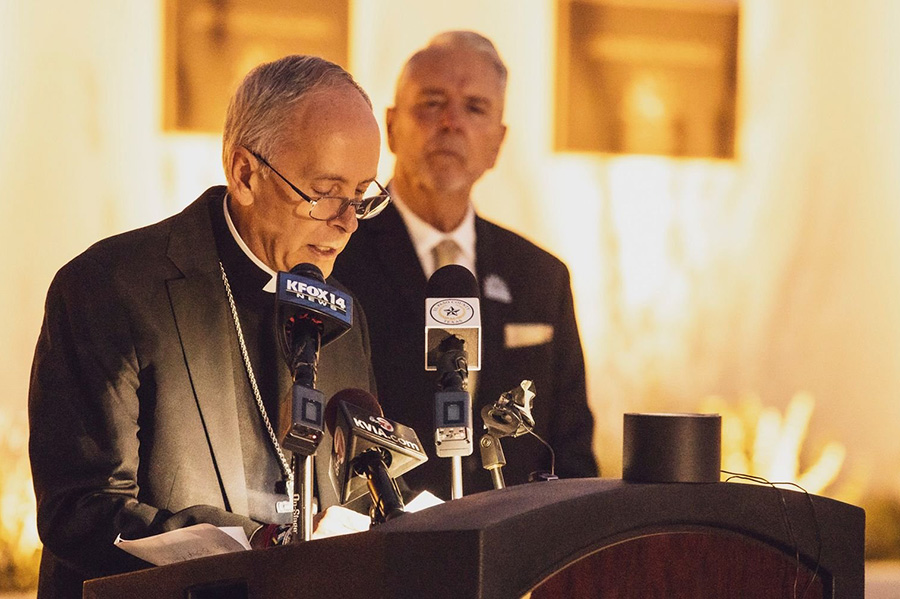 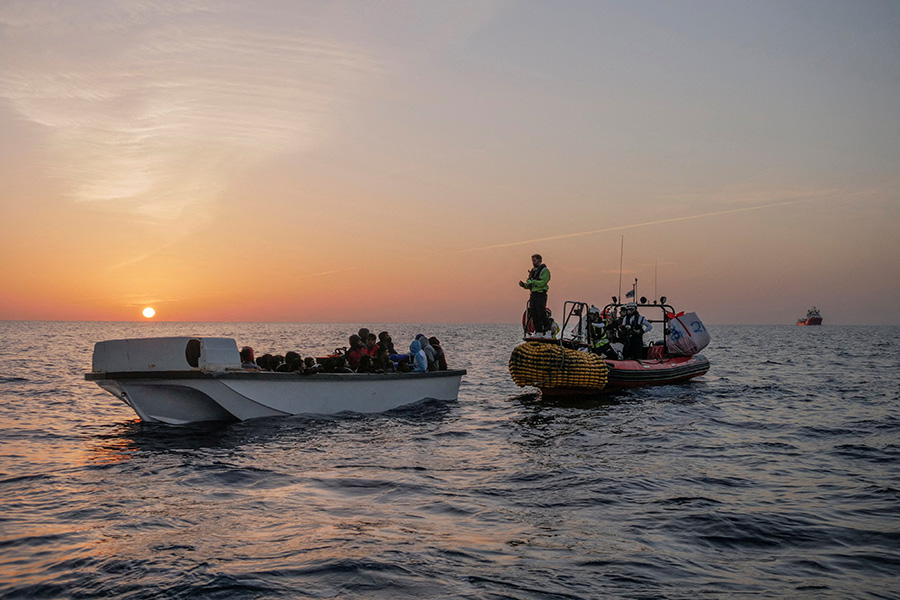 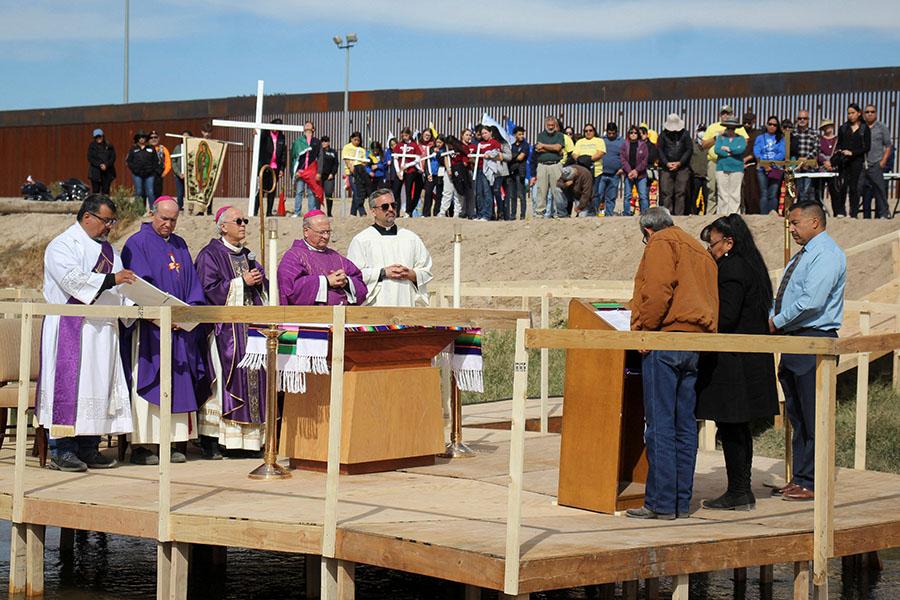 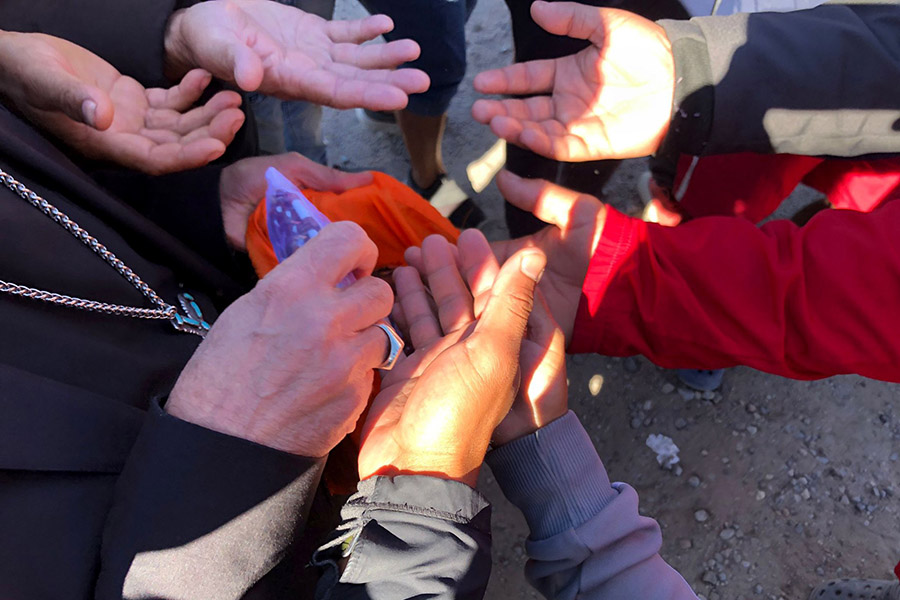