As many vacationers visit Ocean City, Bethany Beach, the Outer Banks or Florida, they have the opportunity relax and “rest awhile” with their families. That time away can also be an opportunity to pray and meditate better. So, in the spirit of Ignatian prayer, lectio divina and creative interpretations of the Gospel stories such the popular “Chosen” series, I provide the following mediation.

A young mother, Elizabeth, took her 4-year-old son, John, to the beach. Her husband, “Z,” as she liked to call him, was grabbing some beach toys and would come later as she found a good, level spot early in the morning before the crowds arrived. Soon her cousin and family joined them. As she laid her blanket down, she stopped to marvel at the sunrise. Elizabeth recalled the words of scripture “Sun and Moon, bless the Lord, Stars of Heaven, bless the Lord.” In that moment, she thanked God for that gift. Then her attention quickly came back to her son, who saw a large bug on the beach and was studying it, then picked it up and was preparing to eat it.

She gently took the insect out of his hands and tossed it far away from their blanket. She wondered why her son had such a fascination with bugs and locusts and simply smiled and shook her head as she imagined him devouring one.

“Hey, Liz!” a gregarious, joyful shout came from behind them on the beach. Her cousin, wearing a feminine but modest one-piece royal blue swimsuit, walked up behind them with her husband and her little 3-year-old son.

“Hello, my cousin!” Elizabeth exclaimed. Her boy was excited when he saw John.

“You look great,” Mary said to her cousin, giving her a hug and kiss on the cheek.

“And blessed are you among women!” Elizabeth quickly replied, without missing a beat.

As John and Mary’s son hugged and gave one another a “fist-bump,” they both turned toward the water and started moving down toward it. Little John followed closely behind his cousin.

“Looks like Jesus wants to go swimming,” Mary observed with a smile as she pulled her long, thick, dark Jewish hair above her head to be wrapped by a matching royal blue scrunchy.

“Well, he may be a little young for that yet,” her rugged husband Joseph said, ever the protector of his family.

“Remember Joseph,” Mary said with a wink and a smile, “nothing is impossible for God.”

“There she goes again… she always seems to be right,” he replied with a chuckle, as Elizabeth nodded in agreement and laughed.

As Elizabeth prepared their little beach spot, Mary and Joseph headed down toward the water to the boys. John was playfully splashing in the water, already fully immersed, as if he had been newly baptized. But little Jesus was staring at something in the sand.

“Maybe John has taught him how to eat bugs,” Joseph said as they approached.

“No, it looks like something else,” Mary said. “What is it?”

Jesus, looking intently at a mark in the sand, stared in wonder, his little dark brown eyes fixated.

Then Joseph scooped him up and took him down to give Jesus his very first swimming lesson. John smiled and was watching, yelling to Elizabeth as he pointed to his cousin.

Mary simply walked back to her blanket, in silence, and laid down, enjoying the warmth of the morning sun, quietly taking in this sublime, mysterious moment in time. And she paused… and she treasured… she treasured all of these things in her heart. 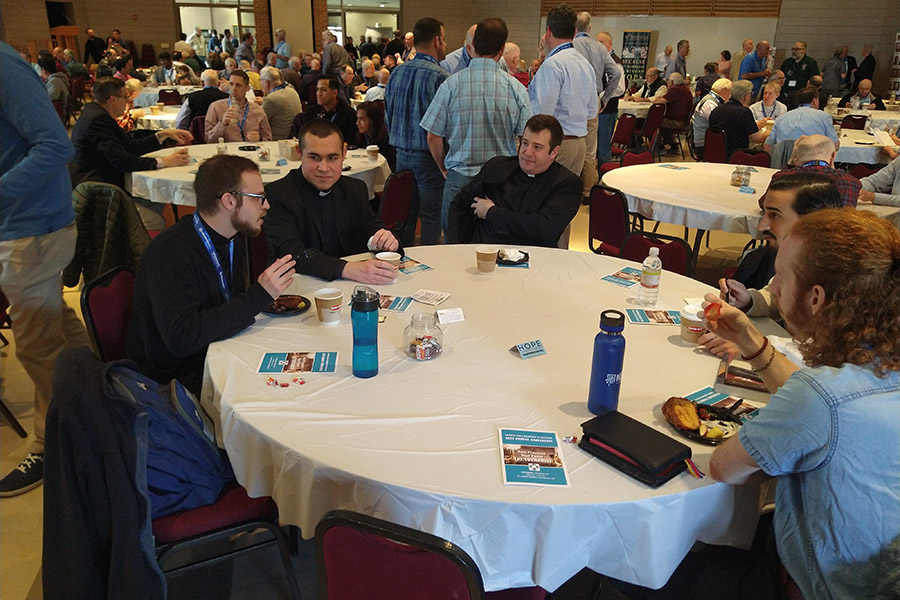 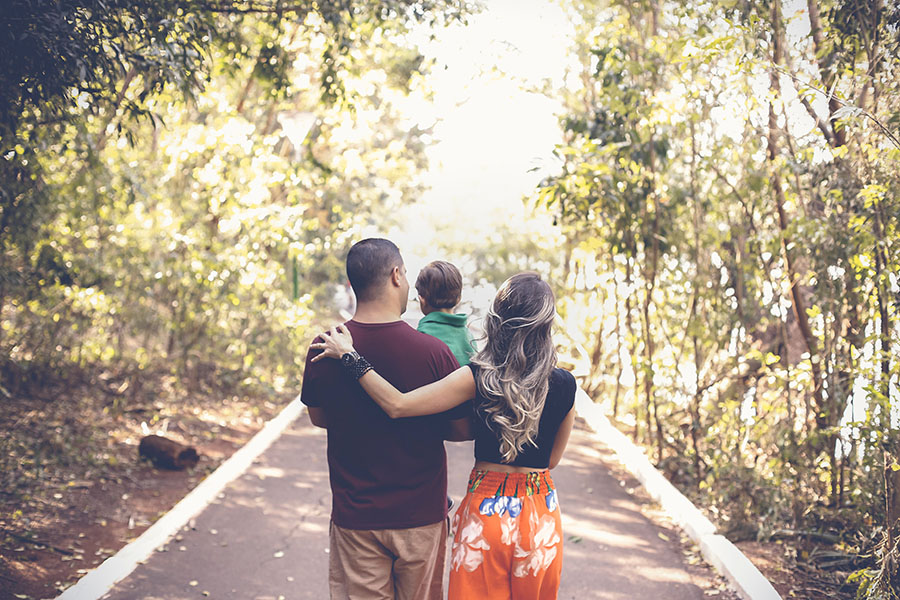 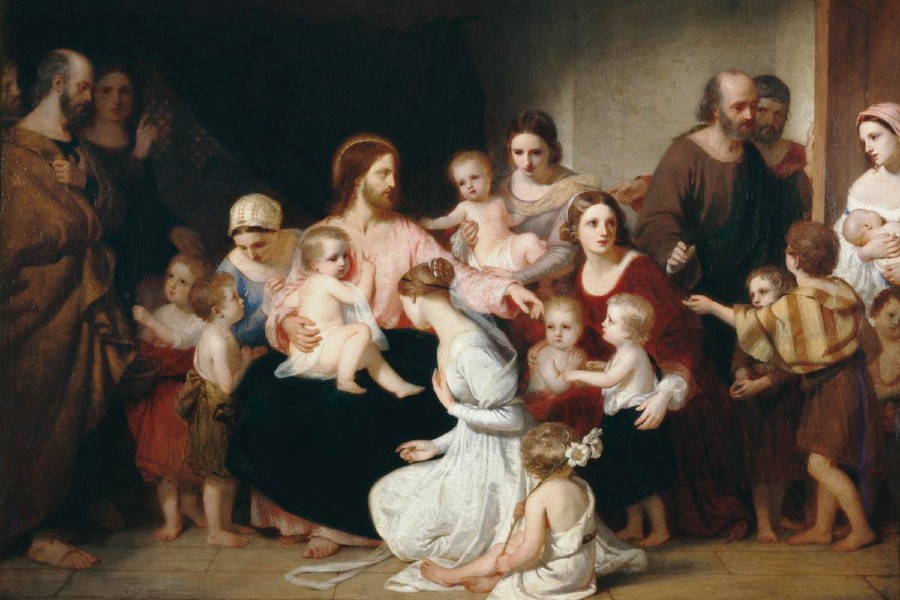 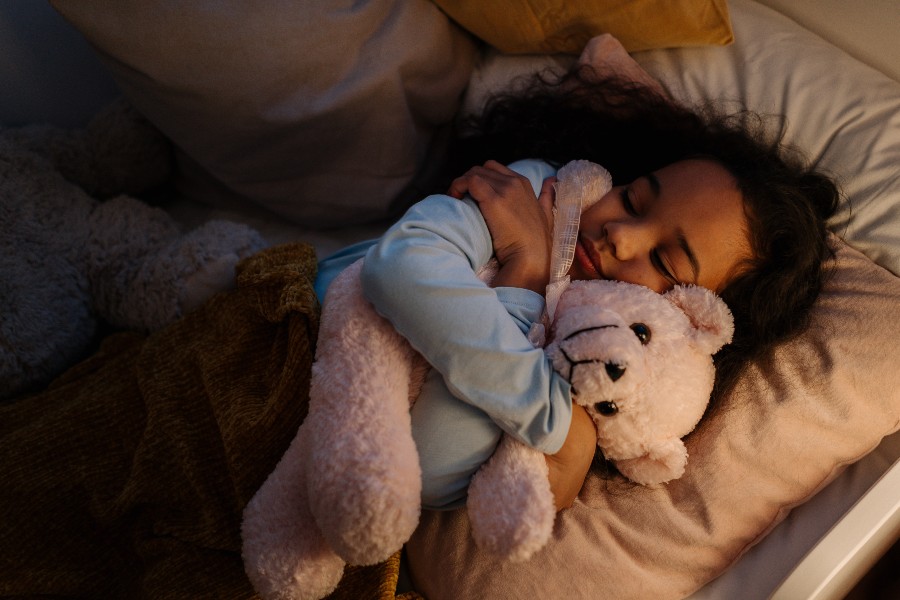 Father J. Collin Poston is pastor of St. Bartholomew parish in Manchester. He is also the creator of vignettes called "Inspire/Ask-the-Pastor."

He enjoys the mountains, writing, contemplation, photography,
steamed crabs, and - of course - the Baltimore Orioles. Reach him
on Twitter: @FrCollinPoston