WASHINGTON (CNS) — The papal nuncio to the United States told the U.S. bishops that dialogue is a key step on the path to unity as the country emerges from the coronavirus pandemic.

“That is important for us during this ‘Amoris Laetitia’ Year of the Family — to encounter families, even broken ones, and to accompany them on their journey through thoughtful dialogue,” Archbishop Christophe Pierre said in his address to the bishops on the first day of their June 16-18 virtual spring meeting.

“We know that families are hurting — economically, emotionally, and spiritually. We also know how many members of the flock struggle to live the faith. We wish they would understand the faith perfectly and act in accordance with right reason and consistently make good choices, but we are not a church of the perfect but a pilgrim church in need of the mercy offered generously by Christ,” he said.

Some of Archbishop Pierre’s remarks seemed to presage the difficulty the bishops could face when it comes time to vote June 17 to approve the drafting of a formal statement on the meaning of the Eucharist in the life of the Catholic Church.

Before his address, a motion to approve the meeting’s agenda, usually a formality, prompted a lengthy debate over an additional motion, which eventually failed, to add time to the next day’s debate so as many bishops’ voices could be heard over the “action item” on the drafting of a Communion document by the doctrine committee.

“At the heart of dialogue is the communication of one’s own personal life to others,” Archbishop Pierre said.

“It is not always about proving oneself to be right. It is about a mutual sharing of persons that deals with how to live and of how to show solidarity,” he continued. “As Christians, our dialogue should express the lived-Christian experience, not as a type of moralism, but as a grace which we have received from our initial encounter with Christ.

“The goal of this dialogue should be unity and not merely doctrinal and juridical unity.”

Archbishop Pierre pointed out that, while St. John Paul II’s encyclical “Ut Unum Sint” dealt with unity among various faiths, it could be applied within the church.

“The four dimensions of dialogue described by John Paul II in ‘Ut Unum Sint’ can be helpful to illumine the path towards greater unity: the dialogue of charity, of conversion, of truth and of salvation,” he said.

Even now, “many dioceses are planning how best to help people to return to Mass and to begin once again to be the church that Christ calls us to be,” Archbishop Pierre said.

“But which type of church is that? In (Pope Francis’ encyclical) ‘Fratelli Tutti’ and again in the Congregation for the Doctrine of the Faith’s document ‘Samaritanus Bonus’ (‘The Good Samaritan’), the model proposed is that of a Good Samaritan Church that goes forth with compassion and mercy, in solidarity with those who suffer in order to bring them true healing.”

Archbishop Pierre said the church “would do well to learn from Jesus, both in content and method,” as it emerges from the pandemic.

“Rather than getting bogged down in the minutiae of complicated theological concepts or in slick but superficial marketing campaigns, we must be bold like Simon Peter on Pentecost and proclaim Jesus Christ,” he said.

“When Christianity is reduced to custom, to moral norms, to social rituals,” he said, “it loses, sooner rather than later, its vitality and its existential interest for the men and women of our day, particularly for those who are looking for hope after the pandemic; for those seeking authentic justice after the racial strife we have experienced; or for those who have come here seeking a brighter and safer future.”

Archbishop Pierre added, “When Christian morality asserts itself without Jesus Christ, even though the theological and philosophical conclusions might be correct, it does not penetrate the heart in a way that leads to conversion.”

He said, “The starting point, therefore, cannot be to shame the weak but to propose the One who can strengthen us to overcome our weaknesses, especially through the sacraments of reconciliation and the Eucharist. With respect to the latter, holy Communion is not merely a ‘thing’ to be received but Christ himself, a person to be encountered.

“A Catholicism that confuses itself with a mere cultural tradition or which cannot distinguish itself from other proposals, including political or ideological ones that are based on certain values, will never be convincing to this generation or to new ones. Jesus Christ is a person, not a concept. He is the one who can ‘make all things new,'” Archbishop Pierre said, quoting from Revelations 21.

He used the Gospel accounts of Jesus with tax collector Zaccheus, the Samaritan woman at the well, and the rich young man who asked what was necessary to enter the kingdom of heaven as examples of dialogue.

“The method is clear: to encounter, to accompany, to love, to engage in respectful dialogue, and to challenge without crushing, in the hope of deeper conversion,” Archbishop Pierre said.

“Christ himself sought to build unity; to be a mediator between God and man; to help reconcile sinners to the Father,” the nuncio said. “He founded his church to be a sign and instrument of unity, and our own unity as a church and even as bishops can offer a powerful witness to the Gospel.” 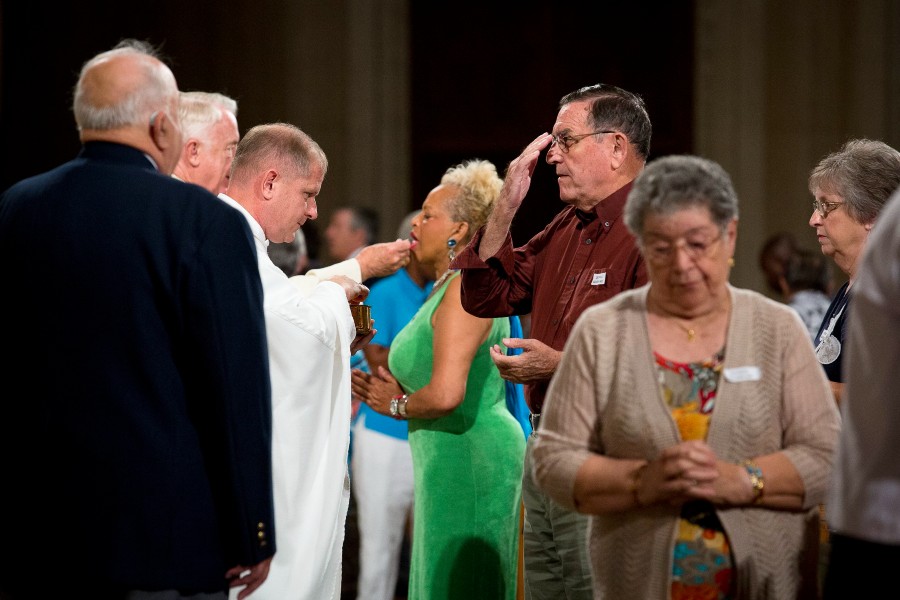 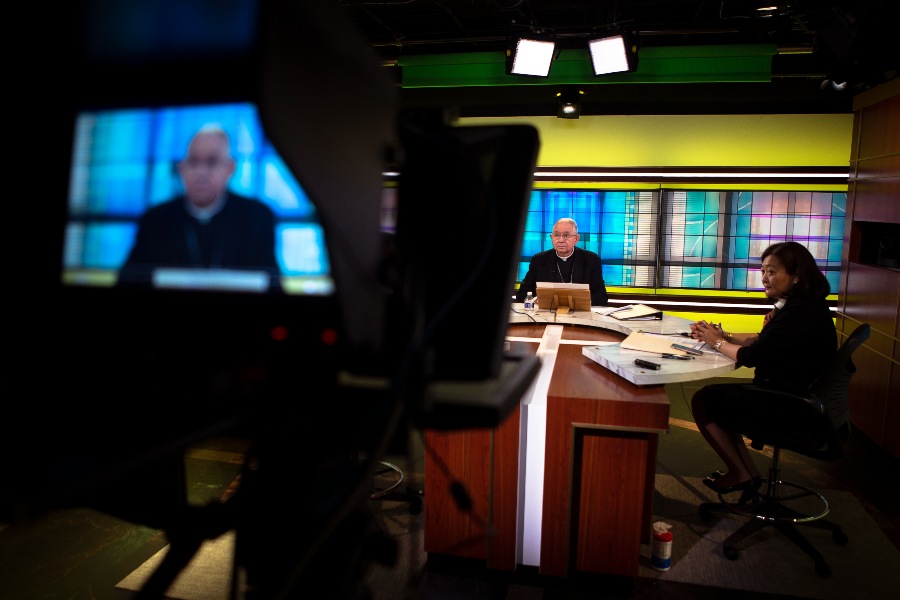 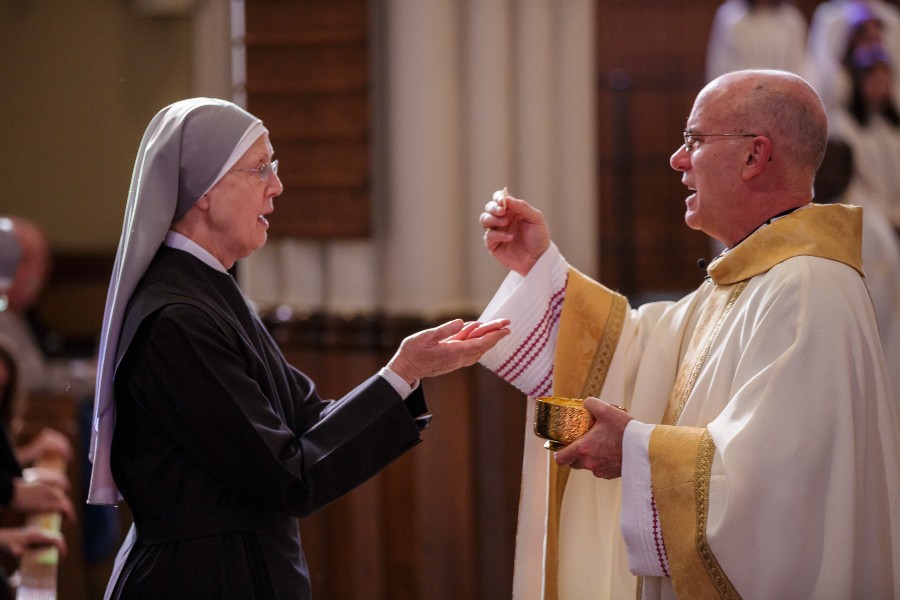 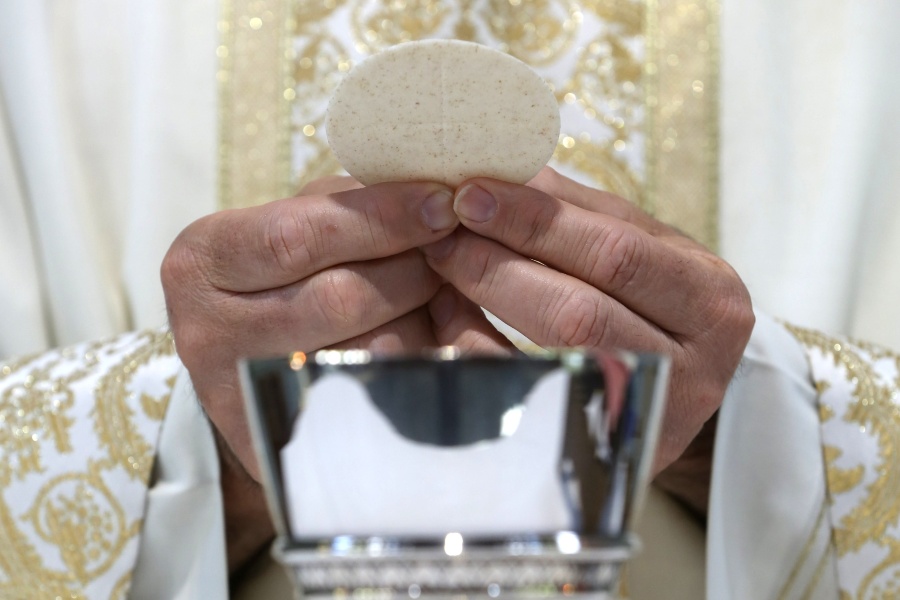 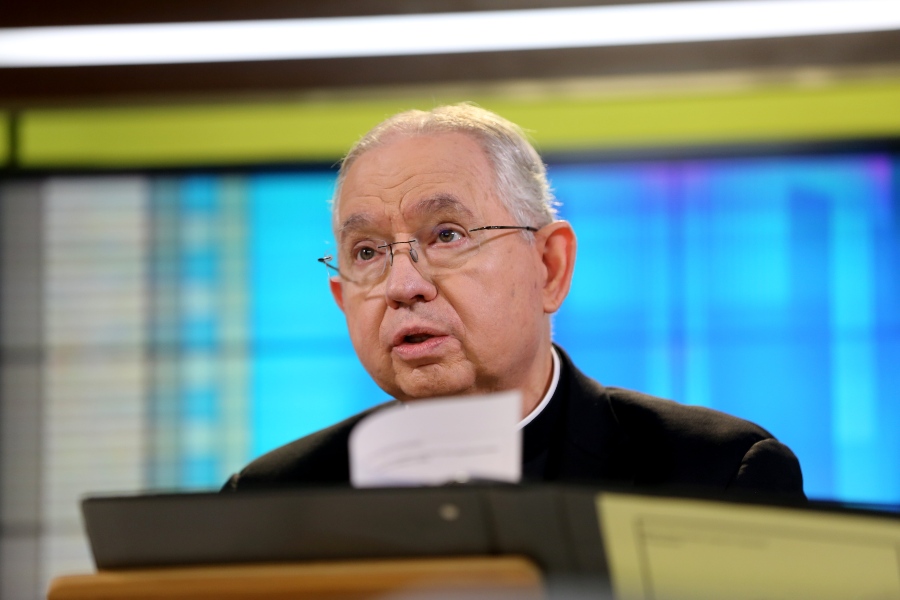