You may be aware that there is an International Spy Museum in Washington, D.C., but somehow that fact had escaped me. So, when my friend Annie reached out to invite me to bring my sons to the newly reopened museum with her one day this summer, I couldn’t wait to go. 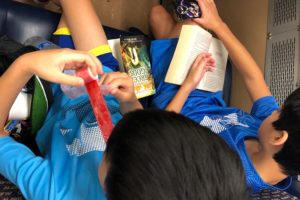 Some day trips are destined to be a success.

Because I believe you need to be supported by your own personal spy network to be able to figure out how to drive in Washington, D.C., we didn’t drive. Instead, we took the MARC train from Baltimore to Union Station.

We packed a snack pack for the tracks—say that ten times fast—full of Slim Jims and fruit snacks and Cheezits and other goodies. We boarded our train with Rick Riordan books in hand and sailed into the station to meet Annie, our enthusiastic and exceptional tour guide for the day. 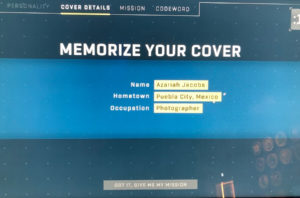 Soon enough we were at the International Spy Museum. And suddenly we learned that each of us was, in fact, a spy. Each of us had a name, a profession, a country we were from, a mission, and a codeword.

I took a picture of my profile.

“What are you doing?” Annie said. “You’re a spy! You can’t carry around a picture of all that info on your phone!”

She was right, of course. But it was too late. I would make a terrible spy. 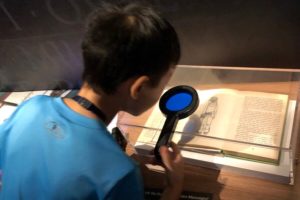 The experience took off from there. Not only is there an absolutely fascinating introductory video narrated by Morgan Freeman, but there are these magnificent multimedia exhibits that blend history and intrigue and video narratives with interactive fun.

At several spots you can approach a screen, and the computer recognizes you from your badge. Creepy or cool? I’ll let you decide.

You can test your courage, your code-breaking skills, your observation skills, your ability to defuse a bomb, and decide whether to invade a compound that may or may not contain Osama Bin Laden. 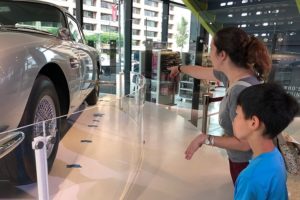 For me, the museum also brought its own test of my memory and my knowledge of history, as my sons asked me to explain the Berlin Wall and terrorism and the Trojan War, among other topics I should know inside and out and yet have somehow failed to retain.

For the record, I did remember my codeword, which was “Hotsauce.”

The boys loved stealthily crawling through ductwork and looking for secret codes with magnifying glasses. I enjoyed seeing the spy disguises and watching the video aspects of the exhibits. 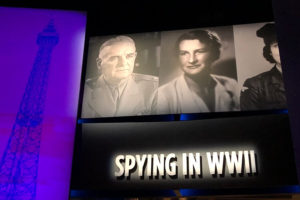 Finding Virginia Hall in the musuem was a highlight since she was a Baltimorean and a graduate of my high school.

Everything in the Spy Museum was so beautifully and thoughtfully crafted and designed in a way that it appealed to both children and grownups.

We spent a few hours in the museum, but we could have spent all day and still not taken it all in. 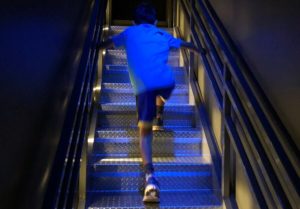 And the gift shop! Oh, the gift shop! We found a number of things we wanted to buy, but spies are frugal. We settled on an $8 motion detector and postcards for a few friends who weren’t with us.

My only regret was that my husband hadn’t joined us. We are definitely going to have to make a return trip with Dad.

We left the Spy Museum behind and took the subway to Chinatown, where we saw a line of girls waiting hopefully to meet the Jonas Brothers before their concert that evening. 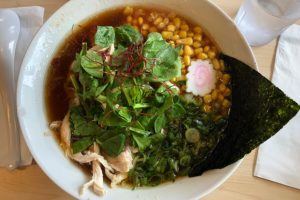 We ate the most delicious ramen at Bantam King and then explored Chinatown a bit.

I thought about buying Chinese hangings and bags of Chinese noodles, and the boys looked closely at some of the Chinese swords.

But I wasn’t sure you could board public transportation with a sword, and it didn’t seem like the right day to find out.

We were spies, after all. Carrying swords on the subway seemed a sure way to blow our covers.

A few times during the day, our 9-year-old had said how much he hoped we would have a double-decker train on the way home. So, after ice cream and hugs goodbye, we were thrilled to see that the train waiting by the platform was a double-decker!

It was the icing on the cake of a beautiful day.

So much for secrecy. I would make a terrible spy.