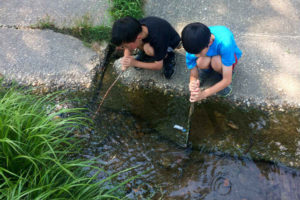 Our sitter from last summer started back with us this week, and the boys have had a blast. They are staying busy at playgrounds, riding bicycles, baking, building ropes out of duct tape, getting snowballs, going to the library and the dollar movie, and doing who knows what else.

The other day they caught and released tadpoles in a little neighborhood creek. At the end of every day they are happy and tired.

I just love summer vacation, even when I’m not actually on vacation. And I am so grateful to have a fantastic sitter for the summer.

My parents were visiting my brother, sister-in-law, and their four children in New England this week, and I called to see how they were doing.

“Origen? You mean Xavier or Richard?” I said. Origen lives a few states away. She was obviously mixing up grandchildren’s names. But no, I was wrong. She and my father had decided to import a couple extra grandchildren to take them on a day trip to Cooperstown. That’s the kind of thing grandparents do.

When we had a Pokemon play date last week, Daniel asked if we could make our own sushi and dumplings. The Pokemon concept comes from Japan, so that seemed like a reasonable request.

I didn’t realize it had been three years since the last time I made homemade California rolls. Fortunately the recipe still exists online, even though my blog photos disappeared during the transfer. If you’ve never tried it, it is a little labor-intensive, but really fun and worth it. 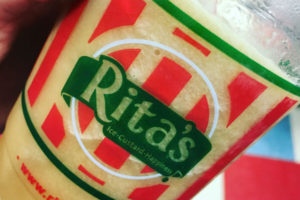 When we went to a Pokemon Go night at Marshy Point Nature Center on Friday night, there were Pokemon everywhere, just waiting to be caught. The children had lots of fun, of course. My husband kept marveling at all the carloads of people who paid $10 a car just to walk in circles staring at their phones. He’s not really a Pokemon Go enthusiast.

We ended the evening with a stop at Rita’s Italian Ice, where I asked whether they give free Italian ice to people who are named Rita. The answer seems to be a very cheerful no. But the ice is delicious, so I can’t complain. 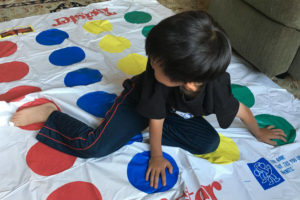 A friend handed down some board games from his college-aged daughters, and the boys jumped right into them—especially Life and Twister.

I had forgotten how much fun it is to be the caller for Twister and watch other people struggle on the mat. In fact, I’m not sure whether actually participating in Twister is nearly as fun as watching.

But I was happy to spin the spinner and call the moves, especially when I started improvising with moves for left ear and nose and right elbow. 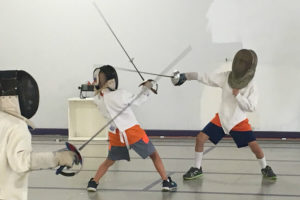 Just when you think you’ve been to every kind of boys’ birthday party out there, your sons get an invitation to a fencing party. They put on masks and learned footwork and did some actual fencing—with blunt swords, of course. I loved watching them learn, and I especially enjoyed seeing them compete against each other.

It made me want to sign the children up for fencing lessons. And, if you’ve been following this blog at all, you know I’m not a fan of anything extracurricular. But fencing? It’s indoors. It requires coordination and rules and strategy. I could get on board with a sport that I can watch without sitting in freezing, drenching rain.

Speaking of misery on the sidelines, I might have to promise that I will only write positive soccer posts during soccer season next fall. It would probably be a good challenge for me.

Earlier this week a local young adult group asked me to speak at an evening event at a local church. I’m not much of a speaker, but I also don’t feel I should say no to an invitation to speak about my faith. So I said yes. And now I have no idea what I will say. But I am really trying to trust that the Holy Spirit will help me find the words. I’ll let you know how it goes.