NEW YORK – Grown TV fans in search of eerie programming appropriate to the Halloween season may find that the mystery series “The Watcher” fits the bill. Made up of seven hour-long episodes, the show is currently streaming on Netflix.

Created by Ryan Murphy and Ian Brennan, the thriller bears some similarities to “The Amityville Horror” franchise, including the claim to be based on real events. In this case, the facts elaborated on by Murphy, Brennan and their script collaborators, Reilly Smith and Todd Kubrak, were originally recounted by Reeves Wiedeman in a November 2018 article in New York Magazine.

Standing in for the family profiled by Weideman is the fictional Brannock clan. Dad Dean (Bobby Cannavale), a businessman, and mom Nora (Naomi Watts), a potter, decide to move from New York City to the suburb of Westfield, New Jersey. But the couple must dig deep to purchase the handsome manse there with which they quickly fall in love.

Joined by their teenage daughter Ellie (Isabel Gravitt) and young son Carter (Luke David Blumm), Dean and Nora move into what they imagine is to be their dream house. Yet a series of unsettling developments quickly turns the residence into a source of nightmares instead.

Having received a series of threatening letters from a correspondent who identifies him-or herself only with the phrase of the title, the Brannocks get the brush-off from the local police, headed by Det. Rourke Chamberland (Christopher McDonald). So, they turn for assistance to somewhat eccentric private eye Theodora Birch (an impressive Noma Dumezweni).

The list of possible suspects is long and varied, as several of the Brannocks’ neighbors put Theodora in the shade where oddity of manner is concerned. To one side, for instance, there’s hulking but developmentally challenged Jasper Winslow (Terry Kinney) who lives with his shrewish sister Pearl (Mia Farrow).

Also nearby are annoyingly aggressive spouses Mo (Margo Martindale) and Mitch (Richard Kind). As for the Brannocks’ realtor, Karen Calhoun (Jennifer Coolidge) – by coincidence, an old college friend of Nora’s – she has a clear financial motive for wanting to resell the property.

The show teases viewers more than it informs them and, over the three installments reviewed, this tendency begins to feel slightly more frustrating than intriguing. Still, waiting for the eponymous character to be unmasked does maintain both tension among the character and attention on the part of the audience.

As they await this payoff, TV fans are shown a couple of explicit scenes of marital intimacy that register as less than fully justified by the context. As for 16-year-old Ellie’s underage romance with local security entrepreneur Dakota (Henry Hunter Hall), whom her parents have commissioned to install a battery of alarms and cameras, it’s handled more discreetly.

Along with the sexual content, and incidental thematic material such as references to the worship of Satan, profanity and milder swearing are frequent while vulgar language is incessant. So even some adults may find “The Watcher” too seamy for their taste.

Others will be left to judge whether Murphy, Brennan and co. have overburdened their factual basis with imaginary embellishments. 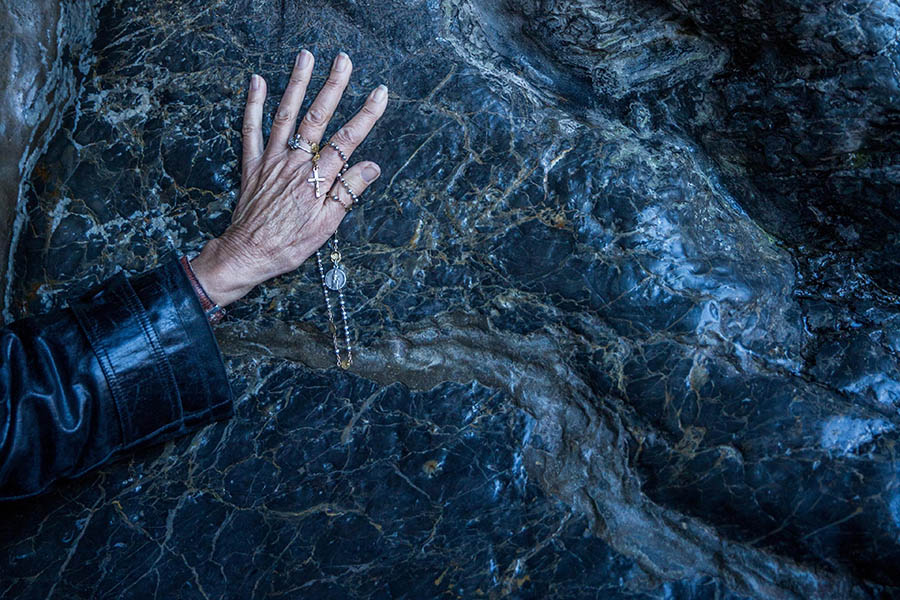